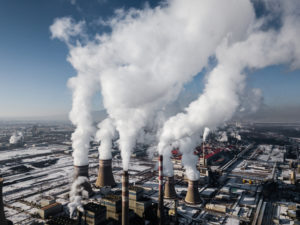 Support for coal, oil and gas projects from insurers outside of China is dwindling, according to Insure Our Future’s sixth annual scorecard. The climate group is pressing insurers to fully exit these assets and align their businesses with net-zero commitments.

The annual questionnaire scores insurers on the quality of their fossil fuel exclusion policies, which are analysed by NGO Reclaim Finance. The data was collected between July and September.

The results concluded that coal is becoming “unusable”, with 62 percent of reinsurers and 39.3 percent of insurers limiting coal insurance, an increase of 7.8 percent and 6.8 percentage points respectively from 2021.

The report identifies industry “leaders and laggards”. German insurer Allianz is named as having the strongest fossil fuel underwriting policies, followed by AXA, Aviva, Swiss Re, AXIS Capital and Generali.

At the time of COP26, Suncorp, Generali and AXA were the only companies with oil and gas insurance restrictions. In the past year, 10 more firms – including Allianz, Munich Re and Swiss Re – have launched policies, growing the market share from 5.0 percent to 14.9 percent among primary insurers and 3.1 percent to 37.6 percent among reinsurers.

At the other end of the spectrum, Berkshire Hathaway, Everest Re, PICC, Sinosure and Starr place joint 26th in the scoring grid. The report’s authors say the firms lack effective policies and have made little effort to restrict their underwriting in fossil fuels. Lloyd’s of London, Liberty Mutual and Convex are also positioned in the bottom half of the table.

The biggest market for energy insurance, Lloyd’s of London, ranks 25th out of 30 following revisions to its 2020 coal exit policy, as well as its failure to implement any oil and gas exclusions. The insurer has also not ruled out covering the East African Crude Oil Pipeline in Uganda, the Adani Carmichael coal mine in Australia and the Trans Mountain tar sands pipeline in Canada, despite growing pressure on financial institutions to abandon these projects.

So far, 18 insurers have pledged not to support Canada’s Trans Mountain pipeline and 16 have committed not to participate in the East African Crude Oil Pipeline.

Reinsurance giant Munich Re announced earlier this month that it will no longer finance or insure oil and gas projects from April 2023. However, the firm did not commit to stop offering insurance for new gas pipelines, liquefied natural gas plants or gas-fired power plants.