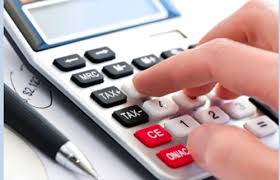 The Corporate Accountability Network (CAN), an initiative led by tax campaigner and academic Richard Murphy, will be officially launched tomorrow aiming at writing accounting standards that serve the interests of all company stakeholders and not just those of shareholders.

Murphy soft-launched CAN last week at the annual conference of the Fair Tax Mark, an organisation that issues a certification for businesses that asked to be assessed on whether they pay their fair share of tax.

Murphy, who is also a board member and technical advisor of the Fair Tax Mark, said: “We want to challenge accounting to its core, and change it for the benefit of society. Accountancy has been set up to answer the wrong questions for the wrong people.”

According to Murphy, the dominant view of the IFRS Foundation (whose International Accounting Standards Board sets accounting pronouncements globally) is that “the only people who have an interest in company accounts are the suppliers of capital, the other stakeholders don’t matter.”

The CAN is advocating for compulsory accounting standards that serve six groups of stakeholders. First, suppliers of capital, among them shareholders; second, trading partners, such as customers and suppliers; third, employees; fourth, regulators; fifth, tax authorities; and finally, civil society.

“We want to challenge accounting to its core, and change it for the benefit of society”

Murphy said he wants now with this initiative to “repeat the trick” — in reference to the uptake of an influential international country-by-country reporting standard on multinationals’ intragroup trading to reveal tax dues he developed, as well the voluntary Global Reporting Initiative tax standard he recently co-authored.

The Corporate Accountability Network will be launched tomorrow at the Institute of Chartered Accountants in England and Wales.

Meanwhile, the Fair Tax Mark now has 57 businesses accredited by its certification, and CEO Paul Monaghan said they will explore assessing companies beyond the UK, given the increasing demand from other jurisdictions.

Some FTSE companies that have applied for the certification did not pass the review of the Fair Mark Tax, Monaghan said. He added that, like responsible investment, tax responsibility is a topic of growing concern for the investor community.