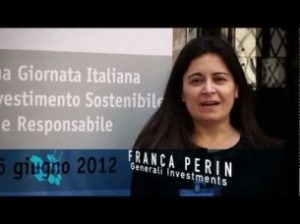 The French brokers and investors that are attempting to resuscitate the Enhanced Analytics Initiative (EAI), which promoted the inclusion of ESG factors into company and sector research, will roll out their initiative first in Germany and then in the UK in the coming months after receiving significant backing in both markets to pursue the project. Speaking to RI, Franca Perin, Paris-based Head of ESG Research at Generali Investments Europe, and one of the lead investors behind the new EAI, which has yet to be formally named, said Germany and the UK were the two biggest markets outside of France where they had been given the strongest indications of support from local networks. She said she could not yet name potential partners in either country. In France, the brokers and investors have been working under the aegis of the French SIF (Forum pour l’Investissement Responsable, FIR), which will house the initiative in France and publish half-yearly progress updates. Perin said that about 35 investors and brokers had already signed up for the project in Paris. Since its launch, she said the initiative had also received a serious indication of support from the United Nations-supported Principles for Responsible Investment (PRI), which she says is keen to see the EAI re-started, as well as informal backing from organizations such as Eurosif. The EAI was mothballed after being amalgamated into the UN-supported Principles for Responsible Investment (PRI) back in 2008. Perin told RI that she believed that currently only about 20% of relevant, investment material ESG research was being done that could be at the moment: “There is a bit of a chicken and egg problemwith research and materiality: if you don’t do enough research you can’t show materiality! For example, there’s very little work done on the important issue of supply chains. There’s also a lack of understanding and transparency in the market about broker research commissions, and we hope to bring some clarity to that.” Perin said the group would hope to have one lead partner organization in Germany and the UK. The original EAI ran for four years between November 2004 and December 2008. Buy-side members directed 5% of their investment research budget towards a list of best sell-side ESG research providers. The project helped stimulate significant growth in ESG broker research that asset managers could incorporate into investment decisions. The new French initiative is asking buy-side asset manager participants to sign up as members to a local or regional SIF and/or to the PRI. It will then expect sign-ups to make an ESG vote in their regular broker reviews by which brokers get paid research commission and to publish the budget allocated to ESG research as a percentage of their overall research pot. Among the main commitments of sell-side research brokers that sign up, it says, will be to have a dedicated ESG contact/reference within the broker, to publish a substantial ESG report at least once every six months, and to promote ESG research ideas in its research that do not yet receive sufficient coverage. Perin said it was vital that the asset managers signed up to the initiative ensured that their broker research commissions were directed in a transparent manner towards ESG research at investment banks, which she said was already the case at Generali.