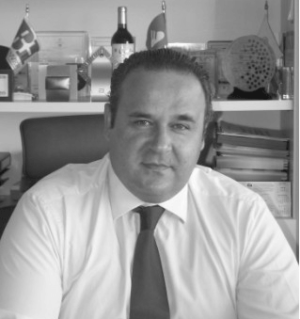 Corporance, a Spanish newly created proxy advisory firm, has joined Expert Corporate Governance Services (ECGS), a partnership of local independent corporate governance specialists across Europe, to cover Spain and Portugal ahead of the new stewardship requirements that EU law will impose on shareholders.

The new firm has been founded by Spanish corporate governance pioneer, Juan Prieto. In 2009 he created Spanish Issuers, an association with currently 41 members representing 75% of the IBEX35’s constituents and 70% of all listed companies.

Prieto has identified a gap in the Spanish market, when it comes to nationally-tailored stewardship and responsible engagement of shareholders, a need which will be more pressing after the European Parliament passed on March 14 the revised Shareholder Rights Directive.

Once approved by the Council of the EU, member states will have two years to transpose the Directive, which among other duties requires investors and asset managers to publicly disclose their shareholder engagement policies and investment strategies.

“To be fair, the EU law should have been called the Shareholders ‘Obligations’ Directive,” Prieto told RI, adding that as this stewardship activity becomes compulsory, Spanish and European investors will have to raise their game.

Prieto sees similarities to the momentum that years ago preceded to the creation of Spanish Issuers, as regulation on corporate governance started to hit companies.

“Now the time has come for investors to take seriously their fiduciary duty.“Issuers and shareholders are two sides of the same coin. Long-term responsible and profitable investment should be their common goal.”

According to Prieto, the main global proxy firms lack the first-hand knowledge and expertise that comes from being on the ground.

“Good governance principles are similar but not universally identical, as each country presents its own characteristics, proxy services should be tailored to each market.”

In addition, Prieto considers that the de facto “oligopoly” in the proxy advice market as a potential risk, because it makes shareholders’ choice very limited.

Prieto developed his career at Santander where he worked at as Managing Director and CFO in various divisions of the bank within Europe, Latin America and Asia.

Prieto is a member of ICGN’s Shareholder Responsibilities Committee. He has now resigned as Director of International Affairs at Spanish Issuers and as board member of European Issuers, where he represented Spain.

Adolfo Feijóo Rey, Second Deputy Secretary to the Board of Directors of CaixaBank, has replaced Prieto at European Issuers. CaixaBank was among the first IBEX35 constituents to set up a so-called Shareholder Consultative Committee, one of the very few stewardship initiatives recorded in Spain to facilitate investor engagement.