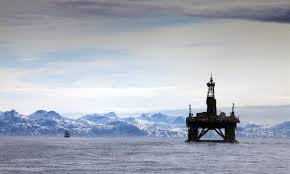 Not one oil & gas major is aligned with a 2 degree warming pathway, according to new research from the $15trn AUM backed Transition Pathway Initiative (TPI) – a finding its co-chair has called “a serious wake up call for any investor in Climate Action 100+ or holding these companies”.
On lobbying, the study found that 94% of oil companies “do not ensure consistency between their own climate position and [their] trade associations”.
The research is TPI’s most extensive and detailed to date on how well-prepared the largest oil and gas, coal and utilities companies are for the low-carbon transition, released ahead of the United Nations climate change summit in New York next week.
Out of 50, just two oil and gas majors – Shell and Repsol – have targets “in line with national government pledges” (Nationally Determined Contributions – NDCs) made under the Paris Agreement, though these commitments currently aren’t consistent with limiting warming to 2 degrees, and fall far short of the 1.5 degree goal advocated by the IPCC.
Adam Matthews, TPI Co-Chair and Director of Ethics & Engagement, at Church of England Pensions Board, said the data was of “enormous concern”.
He said: “The pace of change has to increase in line with the urgency of the issue. Investor engagement has to ensure companies align with a pathway that keeps global warming below 2°C. In particular, fossil fuel majors should set emissions targets that include the emissions from their sold products (scope 3). We know it can be done and there is no excuse for not doing so.”
Almost half of companies in the electricity sector, meanwhile, are aligned to the Paris Agreement targets for 2030, with over 20% set to meet the most ambitious ‘below 2°C’ benchmark, according to the report. This makes the sector the best in the TPI database on carbon performance.EDF, E.ON, Exelon, Innogy, Ørsted and PG&E are projected to reach nearly zero carbon by 2030.
The report’s framing drew criticism on LinkedIn, for equating target-setting for downstream and Scope 3 emissions with alignment with the Paris climate goals.
The research also took stock of climate corporate governance across the sector, with 29 of 135 energy firms (22%) falling into the lowest ranking.
Coal was the worst performing sector on management quality, with 14 coal companies (61%) failing to recognise climate change as a relevant risk to their business – one of the most basic indicators.
For the 50 oil & gas companies, five were found to have dropped on energy management quality: Cenovus, Lukoil, Oil and Natural Gas Corporation, Reliance Industries, and BP – though BP appears to have slipped because its sustainability report uses the phrase “customer emissions” instead of “Scope 3: Use of Sold Product”. BP, Lukoil, ONGC and Reliance Industries are all Climate Action 100+ target companies.
Thirty-one (62%) oil and gas firms – including Exxon Mobil and Gazprom – do not disclose Scope 3 emissions, and 23 (46%) have not set quantitative targets to reduce emissions.
Helena Viñes Fiestas, Global Head of Stewardship and Policy, BNP Paribas Asset Management said: “Despite an increasing number of governments having raised their emission reduction ambitions and now aiming to be carbon neutral by 2050, the majority of companies have yet to establish their 2030 emission reduction targets, let alone set a longer-term vision for their carbon emissions.
“We, as a major institutional investor, are concerned that transition risk – the large and growing gap between government targets and company ambitions – is a major source of investment risk.“