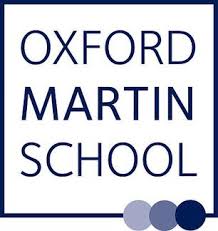 A new set of overarching principles to guide climate investment has been launched by a team of academics at the University of Oxford to help investors navigate “the maze” of climate standards and disclosure criteria.

A new paper proposes the ‘Oxford Martin Principles for Climate-Conscious Investment’: three physically based engagement principles that could be used to assess whether an investment is consistent with a long-term climate goal.

“In a nutshell, investors need to know how companies plan to thrive both during and after the transition to net zero emissions,” said co-author Professor Myles Allen, Co-Director of the university’s Oxford Martin Net Zero Carbon Investment Initiative. “Everything else is secondary.”

The new principles – published this week in the journal Nature Climate Change – are inspired by the Sullivan Principles, which were formulated in 1977 in the light of South Africa’s apartheid regime; the authors say climate change is a moral issue given the “highly unequal distributions” of its impacts.

“Investors, asset managers and companies can easily get lost and frustrated in the maze of standards and disclosure criteria proliferating around the climate issue,” they write.

“A modern climate-specific set of principles is needed to provide investors with a minimal set of clear, fact-based guidance for climate-conscious investment that can be implemented by investors across the economy.”The authors (Allen and his colleagues Richard J. Millar, Cameron Hepburn and John Beddington) say the new principles are an alternative to “detailed and potentially misleading” comparison of business plans with specific emissions scenarios.

It’s hoped the principles – which build on an earlier set of working principles for fossil fuel investment — will be a “simple scientific lens” to help investors understand the long-term risks of climate change in capital allocation decisions.

The paper features case studies of three companies, BHP Billiton, Unilever and Statkraft, which show that compliance with the principles is possible.

“In particular,” the paper concludes, “our hope is that funds, institutional investors and endowments under pressure to divest from fossil fuels choose to act – whether for moral or financial reasons – with sound science behind them.”

Meanwhile, a separate group of legal experts are also due to publish a set of climate principles. The Principles on Climate Obligations of Enterprises are set to be launched on January 18 and discussed at an event hosted by the Grantham Research Institute at the London School of Economics a week later. It’s a follow-up to the 2015 Oslo Principles on the legal obligations of states to constrain climate change.

“The new set of Principles maps the legal obligations of enterprises and investors in the face of climate change,” the LSE says.