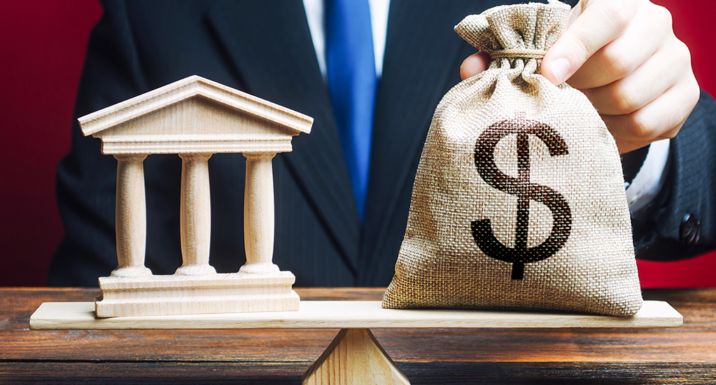 A new global standard on corporate climate lobbying has been launched today by AP7, BNP Paribas Asset Management, and the Church of England Pensions Board.

Developed by the trio following two public consultations, the 14-point Global Standard on Responsible Climate Lobbying aims to provide a framework to ensure companies’ lobbying and political engagement activities are in line with the goal of restricting global temperature rise to 1.5⁰C above pre-industrial levels. Investors are encouraged to commit to and apply it.

Amongst its indicators, the standard calls on companies to make a public commitment to align all of its – and its subsidiaries’ – climate change lobbying with 1.5⁰C. Alongside this, they should commit to taking steps to ensure that the associations, alliances and coalitions of which they are members conduct their climate change lobbying in line with the goal.

“Time must be called on negative climate lobbying. Investors will no longer tolerate a glaring gap between a company’s words and their actions on climate” – Charlotta Dawidowski Sydstrand, sustainability strategist at AP7

Companies should also establish an annual monitoring and review process regarding all of its direct and indirect climate change lobbying activities across all geographies, as well as create or participate in coalitions that have the specific purpose of lobbying in support of the 1.5⁰C goal.

“Time must be called on negative climate lobbying. Investors will no longer tolerate a glaring gap between a company’s words and their actions on climate. As active owners we are committed to engaging collectively and individually with companies globally to highlight and improve their climate lobbying accountability and performance and to escalate this stewardship where required,” said Charlotta Dawidowski Sydstrand, sustainability strategist at AP7.

Investor action on climate lobbying has been increasing in recent years.

In 2018, AP7, BNP Paribas AM and the Church of England Pensions Board launched a set of European investor expectations; these were then launched in the US with the support of 200 institutional investors the following year.

Whilst in 2021 corporates’ climate policy engagement was included amongst the indicators used in Climate Action 100+’s inaugural benchmark.

And today, work by the Interfaith Center on Corporate Responsibility (ICCR) and Ceres has found that a record 46 shareholder resolutions for the 2022 corporate proxies seeking information about companies’ climate lobbying practices have been filed by investors.

The pair also noted: “In a sign of the growing influence of resolutions after last year’s historically high number of majority votes on climate-related proxy items, companies have already negotiated agreements on 18 lobbying-focused resolutions, vowing to take the actions sought in exchange for shareholders withdrawing resolutions.”

Clare Richards, senior engagement manager, Church of England Pensions Board, told RI: “In 2018, it felt a bit like we were shouting into the wind and the issue was lost amongst the many other climate issues, but the point is you can’t do all the other work on climate (like net zero targets) if the lobbying of companies runs counter. Now the momentum is there, I feel like we are at a tipping point; lobbying is a keystone to a successful climate transition.”

Returning to the standards, in April InfluenceMap will apply the indicators for the first time and publish a pilot assessment of the road transport sector.

On why the industry was selected for the initial pilot, Richards explained to RI: “We’ve seen an increased level of disclosure from the energy sector in recent years, but the automotive sector is a significant laggard on this and conveying the impression that they are doing enough when it comes to responsible lobbying.”

After this the oil and gas sector will be looked into by InfluenceMap; this will be followed by a third sector – likely to be mining – within the next six months.

Despite Richards saying that there are no short-term plans to develop similar standards for other ESG issues, she said that the standard was deliberately shaped so that its basic tenants could be applied to any type of lobbying.

In January, the PRI unveiled plans to broaden the engagement it has coordinated on climate lobbying over the years to other ESG issues.