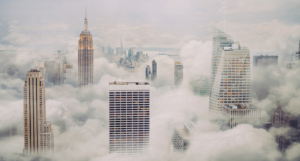 Last year, the asset management division of New York City held two contract award hearings, one in October and the other in December, naming Swiss-based Pictet and the US arm of Nordea Asset Management, respectively, as recipients of “proposed” contracts for “Public Equity Climate Change Solutions Investment Management Services,” worth around $8m each, according to the notices.

RI understands that both Nordea and Pictet have now been approved for allocations from several of New York City’s pensions funds and that contracts are being negotiated.

In 2018, New York City’s then Comptroller, Scott Stringer, announced that the City’s funds would explore divesting fossil fuels and invest $4bn in climate change solutions by 2021. In March last year, that figure was raised to $6bn.

Divestment feasibility studies by investment giant BlackRock and US consultant Meketa on behalf of New York City, made public in March, suggested that, based on backward-looking analysis, divesting fossil fuels does not harm – and may even boost – returns.

Former Comptroller Stringer did not stand for reelection last year and was replaced by Brad Langer in the role this month. His bid to become the mayor of New York City was derailed last year by reports of alleged historical sexual misconduct, which he has denied.

During Stringer’s tenure as New York City Comptroller, the City’s governance department also launched the Boardroom Accountability Project to push companies to include proxy access rules in their bylaws, giving shareholders the ability to nominate a director candidate of their own. Since its launch in 2014, more than 540 US companies now have proxy access rules in their articles.

Nordea and Pictet have not commented at the time of writing.