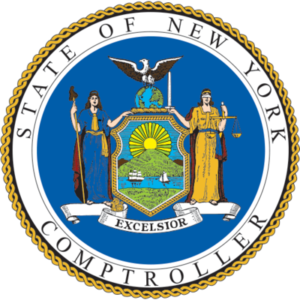 The New York State Common Retirement Fund – in the news recently over the ExxonMobil AGM – has revealed plans to create a “watch list” of investment managers dragging their feet on climate.

Its new Climate Action Plan is the $210bn public pension scheme’s response to the recommendations of its high-level decarbonisation panel, which were published in April.

Among its ambitions, New York Common includes plans to create a “prioritized watch list of managers with low scores with whom to engage”.

Companies, who fail to meet similar sustainability standards, will also be put on a list.

The fund said it will start with the thermal coal sector before moving to other “high impact” ones, adding that the process may lead to divestments, subject to “fiduciary analysis”.

The setting of “minimum standards” for investment managers and companies was one of the decarbonisation panel’s key recommendations.

State Comptroller Thomas DiNapoli set up the panel in 2017 following pressure to divest from fossil fuels from Governor Andrew Cuomo.

The panel’s overarching recommendation was that the fund “pursue alignment of its entire portfolio with a 2-degree or lower future by 2030”, and it set out ambitious measures to achieve this, including that the fund should, as a first step, establish a new “climate solutions” allocation to “hedge against climate risk”.The fund has now responded by announcing plans to double its investments in climate solutions to $20bn over the next decade, as part of its plan for a “formal, multi-asset class Sustainable Investment-Climate Solutions Program”.

The fund also revealed its intention to hire more staff, including a Senior Sustainable Investment Officer.

Plans to explore partnerships with other asset owners and “entities” such as the New York Green Bank – another recommendation of the panel – were also announced.

But the fund warned that some of its bolder ambitions will take time to realise.

“It will become self-evident in the coming years that the actions taken by the New York State Common Retirement Fund will show up in its leading investment performance,” said Joy-Thérese Williams, Chair of the Decarbonisation Advisory Panel, formerly with the Ontario Teachers’ Pension Plan (OTPP). It could be a “blueprint” for other pension funds and investment managers.

RI has run a series of articles by decarbonisation panel members Joy-Therése Williams & Alicia Seiger and the former is speaking at RI Europe 2019 next week.