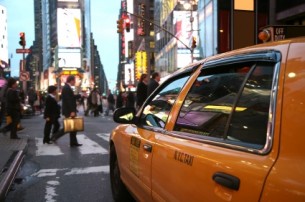 The New York State Common Retirement Fund has convinced another company, this time food producer J.M. Smucker, to voluntarily disclose its political spending as part of State Comptroller Thomas P. DiNapoli’s ongoing crusade to tackle the problem of transparency in US corporate lobbying.

J.M. Smucker has become the sixth company to adopt the Fund’s request to report all direct and indirect expenditure on political causes this year, following Centerpoint Energy, Coca Cola Enterprises, Raytheon, Union Pacific and Waste Management. To date, the Fund reports that 34 companies have adopted or agreed to adopt similar disclosure procedures, either following negotiations or because of a successful shareholder vote at a firm’s AGM.

Political spending – and encouraging companies to report on it – has been a priority for DiNapoli since 2010, when the US Supreme Court deemed that corporations and unions could make independent political donations and election-related communications. The decision supported non-profit group Citizens United’s wish to fund and air a film critical of Hilary Clinton.

DiNapoli and other advocates of financial reform initially pressured the US capital markets regulator, the Securities and Exchange Commission (SEC), to issue a formal ruling, arguing that the Citizens United case had opened the floodgates for unlimited corporate spending on political advertising and campaign communications.

DiNapoli first wrote to the Commission in 2012 to ask it to adopt new regulations regarding the controversial practice.

In 2015, however, the SEC was barred from any further attempts to force publicly-traded companies to disclose their political spending, as a government funding bill deeming that such rules were beyond the regulator’s jurisdiction.

The New York State Comptroller has renewed his plea several times since 2012, writing again in July 2016 to urge the SEC to “impose uniform reporting requirements”so that investors can judge whether such spending is helping or harming a company’s profitability.

Speaking after his recent success with J.M. Smucker, DiNapoli said that investors “have been left in the dark” since the Supreme Court’s ruling.

He added: “I believe shareholders have the right to know where their money is being spent. I applaud J.M. Smucker Co. for agreeing to voluntarily disclose its political spending. Transparency is vital so investors can determine whether political spending is consistent with enhancing the company’s profitability.”

Shareholder resolutions filed by the Fund have asked companies to publicly release reports that list their spending on candidates, political parties, ballot measures, direct or indirect state and federal lobbying, payments made to trade associations for political ends and payments made to any organisation that writes or endorses model legislation.

In addition to the six agreements made, the Fund’s transparency requests have gone to a vote at seven other companies but not received sufficient backing. These include renewable power firm NextEra Energy (43% shareholder approval), utility Nisource (50.1%) and money-transfer service Western Union ($1.7%), where resolutions were supported by fellow responsible investors CalPERS, CalSTRS, Norges Bank Investment Management and PGGM.

The news also comes as the Australasian Centre for Corporate Responsibility has released a report that finds that Australia’s top companies are are spending excess cash on influencing government policy despite the lack of any laws governing how lobbying expenditure is disclosed or whether shareholders have any say on lobbying activity.