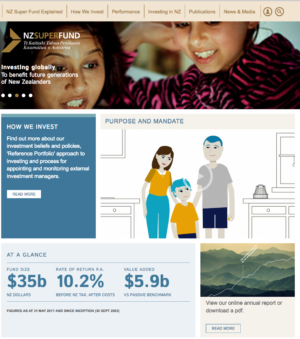 The New Zealand Superannuation Fund has committed to being involved in a project to develop a new Māori co-investment fund – potentially combining assets of NZ$15bn (€9.5bn).

The mooted fund would see Māori organisations working together to invest in New Zealand businesses, according to an announcement from NZ Super and He kai kei aku ringa (the Crown-Māori Economic Partnership) and Māori development firm Ngāti Awa Group Holdings Ltd. (NAGHL).

The project will carry out a scoping study and engagement with approximately 30 Māori organisations that have expressed an interest in contributing capital, resources and assets to a Māori Co-Investment Fund.

NZ Super has committed to the project, providing input from its investment professionals and access to research data. Chief Investment Officer Matt Whineray said the fund sees the initiative as a way to stimulate new investment opportunities and foster co-investments.

The concept of Māori pooling capital for collective investment has been discussed in Māori and investment circles for several years, the partnership statement said.The roughly 600,000 Māori represent around 15% of the national population and the fund idea was formally raised a series of hui [assemblies] in Auckland and Rotorua earlier this year.

“This kind of partnership is integral to NZ Super’s direct investment model.”

“First, some Māori organisations now have significant assets and cash to invest. At the same time, we have a lot of underutilised assets in the Māori economy, particularly land, that need investment to grow. Mobilising this investment is a core plank of He kai kei aku ringa, so we’re pleased to support Māori enterprises who will collaborate for growth, and it’s great to see NZ Super Fund and Ngāti Awa taking this initiative for our people.”

In June, CEO Adrian Orr, in an interview with McKinsey, said collaboration between sovereign-wealth funds, pensions, and other institutional investors is “absolutely critical”.

The NZ$35bn NZ Super, which has more than NZ$5bn invested in its home country, earlier this year wrote down its US$37.8m investment in early stage US wind turbine company Ogin.