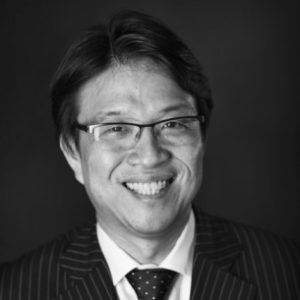 Hiro Mizuno, the former chief investment officer of the world’s largest pension fund, has warned that overly harsh criticism from the third sector could discourage investment professionals from engaging on sustainability topics.

Mizuno, who left Japan’s $1.59 trillion Government Pension Investment Fund (GPIF) in 2020, has been widely heralded as one of the most influential sustainable finance champions at a mainstream asset owner.

In his five-year tenure, he oversaw the shift of tens of billions of dollars into ESG indices – including benchmarks focused on gender diversity and carbon emissions – and drove partnerships with a number of development banks to generate green bond deals. He was also vocal about the need for asset owners and managers to understand sustainability and ESG as part of their fiduciary duty.

But the idealistic expectations of some in the NGO community were at times “frustrating” and disincentivising, he told Responsible Investor.

He said that, when he was at GPIF, he was sometimes advised by colleagues not to engage with campaign groups because “even if it was just a meeting, it could give the wrong public impression about the fund’s priorities”.

“But I wanted to meet and discuss these [sustainability] issues,” Mizuno said. “And sometimes I’d take on some of those issues internally, and fight to create change within the fund. But NGOs have to recognise how difficult that can be.”

He explained that he would negotiate internally to achieve “say, 40 percent progress” on a sustainability issue. “But then campaigners would respond by putting out a statement focused on how we didn’t do 60 percent. That’s really frustrating because then you’re getting pressure from both sides and no one is happy with you, which makes it harder to justify engaging on these issues.

“People need to realise that, no matter what we believe as individuals, pension funds operate in existing frameworks and – in that context – 40 percent is a big victory, not something that should generate criticism.”

Mizuno is now a UN special envoy on innovative finance and sustainable investments, and an external board member at Tesla.

Do you agree with Hiro Mizuno? Are NGOs helping or hindering the sustainability cause in financial institutions? If you have any thoughts on the issue, we’d love to hear from you. Please email us at edit@responsible-investor.com. All contributions will be on background.