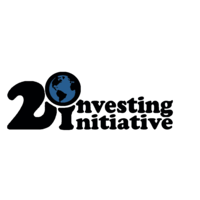 2 Degrees Investing Initiative (2DII), the Paris-based climate think-tank that helped develop France’s Article 173 and the EU’s sustainability agenda, is weeks away from launching a private company to sell investment data.
The new firm, originally known as ‘Middle Man’ before being renamed Asset-level Data Project (ADP), is expected to be incorporated in France by the end of the year, and will be structured to enable it to take private investment or be sold off to a larger player in the future.
2DII, a 100% non-profit body, was established in 2013 and has quickly become one of the most influential NGOs in the climate finance space. As well as working on Article 173 and producing research for the European Commission as it develops its Action Plan on sustainable finance, its CEO, Stan Dupré, was a member of the Commission’s High Level Expert Group on Sustainable Finance, and it has worked on major projects with Californian Insurance Commissioner Dave Jones and the Swiss Finance Ministry. The German Government has also given the think-tank funding to develop a ‘robo-advisor’ to help individuals and banks identify climate-aligned retail investment and savings products.
“2DII absolutely wants to remain non-commercial, so that we can carry on with this kind of work,” explained Matthieu Bardout, who was hired in April to set up the new company. “And so there was a clear need to create a spin-off.”
ADP (which may change names again before launch) will house a specific set of asset-level data developed by 2DII over the past three years, using public funding. The database currently focuses on energy-related sectors, identifying physical assets such as power plants and cement factories, and linking them to financial securities.
“For any key physical asset in the real economy, we can go back up the investment chain to the financial products related to that asset, and vice versa,” Bardout told RI.
As captured in its recently-launched collaboration with the PRI, scenario analysis can be performed on investment portfolios using the data, which is based on bought-in information from commercial business intelligence and financial data providers. But, Bardout says, the cost of the raw data and the staff to aggregate and process it significant – around €500,000 a year, at a ball-park estimate. “That works well in the context of R&D, but obviously you can’t keep on funding that through public money once a methodology begins to serve commercial needs”, he said.
Last year, EU organisation Climate KIC provided 2DII with seed funding – under the European Commission’s Horizon 2020 budget – and a mandate to create a legal entity for the new company, and pursue product development.

None of the profits will go to 2DII, and any money made from sales or equity raises will be reinvested in the company or “re-granted”

2DII has so far discussed the project with nearly 70 market participants, it said, including data providers, NGOs, financial institutions and consultants.
“In the fourth quarter of the year, we should be set up and will be able to start converting some of those conversations with different potential partners and clients into contracts,” said Bardout.
2DII wants to work with other NGOs and non-profit research bodies to develop and maintain the database. It is a founding partner of the Asset-level Data Initiative – an innovation hub with Oxford University’s Smith School of Enterprise and the Environment, Stanford University, the CDP and the World Resources Institute.
None of the profits from ADP’s activities will go to 2DII, and any money made from sales or equity raises will be reinvested in the company or “re-granted”, Bardout stressed.
Market appetite to buy small climate-data companies is significant among the bigger players, with S&P buying Trucost for £14m in 2016, and ISS snapping up both the arm of South Pole that deals with climate-related investment analysis and ESG research house oekom over the past 18 months. RI understands that bidding on all three companies was competitive, with more than 10 mainstream players still in the market for acquisitions in the space.
ADP will be structured to account for this trend. “We are making sure in the incorporation process that the doors will be open for outside investors and the potential sale of the spin-off in the longer term,” said Bardout. “We think there’s enormous potential for this kind of data.” However, he insisted that the “number one priority is to establish a multi-stakeholder governance model led by non-profit, non-commercial entities”.