Responsible Investor
Home News & Analysis Environmental ‘No, we do not agree with the proposed approach’: Investors and civil...
Return to search
Hot Topics 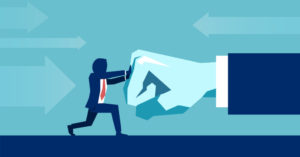 A significant number of investors, data providers and industry groups have rejected new sustainability disclosure rules proposed by the EU, branding them unfeasible, costly and irrelevant to investors.

Once adopted, asset managers and other financial groups will be required to report the socially and environmentally harmful, or ‘adverse’, impacts of their overall holdings based on 32 mandatory reporting indicators which have been proposed by European market regulators.

But public feedback has deemed the proposals unworkable due to a lack of available and credible data on the proposed indicators. Analysis shared by disclosure nonprofit CDP, MSCI and State Street Global Advisors (SSGA) suggested that data was not readily available for many of the indicators, including those relating to water emissions, corporate policies on human trafficking and emissions of ozone depleting substances.

Schroders, which said it had invested significantly in a proprietary due diligence database, claimed that it struggled “to find credible information sources” for many of the proposed indicators.

The proposals also struggled to find support among responsible investing bodies. The Principles for Responsible Investment (PRI) described the rules as “not fit for purpose”, arguing that while the indicators could provide insight at issuer or product level, they became “unhelpful or misleading” when aggregated.

In comments which were echoed across multiple submissions, the PRI voiced concerns over an apparent disconnect between the new reporting rules, the EU’s green taxonomy and rules for non-financial corporate disclosures  ̶  each of which would require separate disclosures on a variety of related but disparate indicators. The network has requested that European regulators publish a “coherent framework” on how each of the disclosure initiatives would work together.

To address data unavailability and to increase their relevance to end-investors, multiple submissions favoured a pared down set of reporting indicators which could be applied across sectors and asset classes. Others, including standard setters GRI, MSCI, BNP Paribas, 2 Degree Investing Initiative, State Street Global Advisors (SSGA) and Legal & General, said that disclosures within the financial sector had to be “entirely aligned” with corporate disclosure rules to ensure that “data is consistent and reliable”.

“To be clear, we are not seeking to water down the disclosure requirements in any way,” said 2 Degrees Investing Initiative in its submission. “Rather we are fully supportive of disclosure requirements being as comprehensive as possible – as this is the key lever to increase data availability and bring about a shift in market behaviour.”

SSGA stated: “No, we do not agree with the proposed approach. ESMA has provided a helpful catalogue of sustainability indicators. However, rendering a positive value for any adverse impact indicators, automatically, as a ‘principal’ adverse impact is simply not appropriate, nor accurate in terms of actual risk posed. In reality, not every adverse impact can be ‘principal’, in other words material.”

UK manager Schroders called for the formation of a central “clearing house” which would calculate entity exposures to reporting indicators based on holding data provided by fund managers. Schroders warned that a reliance on outsourcing could result in “very different” reporting by managers with similar holdings due to diverging approaches taken by third party ESG data vendors.

The Commission now has until the end of the year to publish the technical standards for compliance with the new rules. The proposals are scheduled to enter into force in March 2021.

The EBA has set up a dedicated tool for the voluntary survey which will run until October 16.