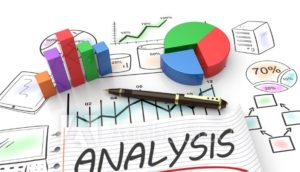 The Kobayashi Maru. Star Trek fans will know this is the ‘no win scenario’.

It’s a simulation designed to test Starfleet cadets’ mettle in an impossible, no-win situation. There’s a stricken freighter in the Klingon neutral zone and…. well, you get the picture.

This depiction of a ‘no win scenario’ has been much on my mind thinking about the Taskforce on Climate-related Financial Disclosures (TCFD) and its focus on scenario analysis.

As we are reporting, some leading investors are doing what looks to be ground-breaking work on scenario analysis.

It’s not just Alecta but the likes of, we hear, AXA, who are at the forefront of investor work on this vital area. This is to be welcomed but I fear that it is only big, committed, institutions like this that have the bandwidth to do this. At Alecta, it is a board-level commitment.

What about ‘lesser’ houses that are perhaps not as engaged?

Maybe there is scope for an off-the-peg, one-size-fits-all scenario analysis “solution”. This would avoid each investor having to re-invent the wheel and perform their own bespoke and no doubt costly analysis.

Perhaps the best offering that meets this need so far is the Paris Agreement Capital Transition Assessment (PACTA) tool from the PRI and the 2° Investing Initiative and it’s a great starting point. The PRI also has a directory of tools here.

Strange to say it, but scenario analysis is a new concept to the investment industry.

It should be a tool at everybody’s disposal but, frankly, it isn’t — and investors are having to start from scratch given that there’s no market standard or industry best practice to draw on.

So we face a scenario (sorry for that) where thousands of institutional investors with broadly similar portfolios and facing the same challenges will each have to start with the same blank spreadsheet.Even Mark Carney has spoken about “learning by doing” and that the TCFD will take a few reporting cycles to mature.

In reality, this means that it is going to be another one of those ‘iterative’ processes, where mistakes get made in the name of progress: the blind leading the blind.

To put it another way: investors boldly going where no one has gone before.

So much for the analysis, but what about the scenarios themselves? I’ve asked this question a few times at conferences and presentations and have received initial blank looks before someone mutters something about the IEA.

The International Energy Agency‘s World Energy Outlook costs €120 to download as a PDF and I would love to know how many RI readers have purchased it, let alone read it. Bear in mind that the contents page alone runs to 23 pages. The “summary” is 19 pages.

The IEA is one source but for some people it’s flawed.

Despite that, I’d also love to think that trustees of pension funds have not only bought a copy, but also fully integrated it into their discussions with their consultants and asset managers.

With notable exceptions, that’s unlikely. It may be that the market is waiting for a Norges Bank or an APG to do the heavy lifting. As commercial entities, Alecta and AXA would have no reason to release their work more widely and that is only fair. But getting this right is material to the planet.

No discussion about TCFD scenario analysis that I have heard yet has addressed the worst case (i.e. no-win) scenario: system collapse.
But, if the IPCC is correct, we are on the brink of the no-win scenario: it gives us 12 years to avoid climate catastrophe. It’s the ultimate burning platform.
Back to Star Trek. Captain Kirk is the only cadet to beat the no-win scenario, by hacking the simulation.
We don’t have that option, so the sooner we get scenario analysis up and running the better. Beam me up Scotty.