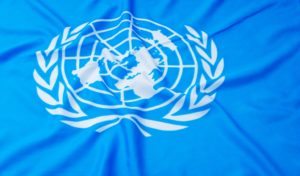 The UN’s human rights authority has said that, under the Guiding Principles on Business and Human Rights, banks are accountable for companies they hold shares in on behalf of a client.

The Office of the High Commissioner for Human Rights (OHCHR) drew the conclusion, which could have significant ramifications for banks seeking to align with the Principles, following a request for clarification from campaign groups BankTrack and OECD Watch.

Among other things, the Guiding Principles – which are the globally-accepted expectations for the private sector on safeguarding human rights – require financial institutions to manage “adverse human rights impacts that are directly linked to their operations, products or services by their business relationships”.

Historically, such business relationships have been assumed by many to relate to investors' direct holdings in companies, and bilateral loans made by banks.

However, according to the new document from the OHCHR, the relationship between a custodian or nominee shareholder and a company in which it holds shares on behalf of a client “can and in principle would constitute a business relationship”.

BankTrack said the UN’s clarification is important because “banks have often argued that they have little or no responsibility where the bank’s client is the ‘beneficial owner’ of the shares, although the bank typically arranges the share purchase, is publicly listed as the owner of the shares and often allows its client to invest in the company anonymously.”

The OHCHR note said it did not express an opinion about any specific cases or the acts or activities of any specific institutions.

BankTrack and OECD Watch requested the clarification following a decision by the Swiss National Contact Point for the OECD Guidelines for Multinational Enterprises (NCP), which promotes the observance of the Guidelines, regarding a complaint against UBS.

BankTrack and OECD Watch called the verdict “deeply problematic”, claiming that “it clearly sets up perverse incentives whereby more investors might choose to reorganise their shareholdings this way”, triggering the request to the OHCHR.

“This important advice and clarification validates the concerns raised by STP in the original OECD Guidelines complaint,” said Joseph Wilde-Ramsing, Senior Adviser to OECD Watch, in response to the OHCHR note. “In addition, because the UN Guiding Principles and the OECD Guidelines have historically been aligned, this clarification highlights the need to have a thorough discussion within the OECD on passive investments and due diligence."

“The Guiding Principles also clarify that in situations where an enterprise lacks the leverage to prevent or mitigate adverse impacts and is unable to increase its leverage, it should consider ending the relationship.”

The OHCHR appeared to echo the NGOs' concern, saying: “Exempting certain relationships from the scope of responsibility could create incentives to conduct transactions in certain formats rather than others to avoid scrutiny and accountability.”

However, it noted that there is a wide array of types of custodian arrangements, which may warrant further analysis.

The NGOs also asked the OHCHR to advise on how, if the relationship between a custodian shareholder and a company constitutes a business relationship, the financial institution can ensure it meets its responsibility to respect human rights.

“Nominee shareholding may pose particular challenges in identifying human rights risks connected either to the beneficial owners or to the investee company,” the OHCHR note said. “The limited visibility of human rights risks inherent to the construction of certain financial services does not change or constrain the responsibility of FIs [financial institutions] to ensure they are not connected to human rights abuse through this kind of business relationship. Therefore, the FI’s human rights due diligence processes need to be adapted to take this difficulty into account.”

It added that, where risks or adverse impacts are identified by nominee shareholders, institutions are expected to use and build their leverage.

“The Guiding Principles also clarify that in situations where an enterprise lacks the leverage to prevent or mitigate adverse impacts and is unable to increase its leverage, it should consider ending the relationship.”

A UBS spokesperson said it was currently participating in NCP mediation and could therefore not comment.

With regards to the next steps, Wilde-Ramsing told RI: “The UBS case is still pending at the Swiss NCP so it remains to be seen whether that will have any impact in that specific case  – unlikely. Beyond the current UBS case, we are certainly now exploring the possibility of filing similar cases related to nominee shareholdings against other banks, potentially also at other NCPs, as we know that this is a widespread and highly problematic construction throughout the banking industry.”