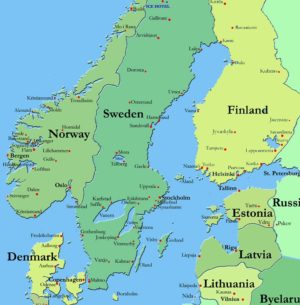 The UN-supported Principles for Responsible Investment (PRI) faces a worrying revolt from Nordic investor signatories who say it is not doing enough to clear up what they claim are problems with its governance structure and public policy strategy. In private, some say that unless the PRI addresses their concerns they are considering leaving.

The serious unrest comes at an important juncture for the PRI. Founding Executive Director James Gifford stands down later this month and a permanent replacement for Advisory Council Chairman Wolfgang Engshuber is being sought.

RI spoke with Nordic investors after multiple grievances were aired at the PRI Signatory General Meeting (SGM) on October 1 in Cape Town, part of the PRI in Person conference. RI journalists were not present at the closed meeting, but the governance issue became a major topic of delegate discussion around the event.

The Nordic investors did not want to speak on the record, but they include major asset owners from Finland, Norway and Denmark.

One change some Nordic investors are proposing is that the PRI Association Board (PRIAB), the body responsible for oversight and direction of the PRI Secretariat, be directly elected by all PRI signatories.

Currently, signatories elect members of the PRI Association Council (PRIAC), which meets twice a year to decide the PRI’s overall strategy and policies.

The PRIAB is appointed by a majority of PRIAC asset owner members following recommendation from a nominations committee.

PRIAB meets in person three to four times per year and by teleconference a further four times. The Nordic investors say the nominations process enables council members (PRIAC) to promote and then vote for themselves as a board member (PRIAB), which they say falls short of good governance.Three PRIAC members serve on PRIAB. They are: Engshuber, a former Munich Re executive; Else Bos, CEO of Dutch pension fund asset manager, PGGM, and Priya Sara Mathur, Board Executive at the California Public Employees’ Retirement System (CalPERS). PRIAB has been running a member short of its recommended seven executives. RI has learned that PRIAB has just appointed a seventh member to its body, namely Christopher Ailman, Chief Investment Officer of the California State Teachers’ Retirement System (CalSTRS). PRIAB is now expected to appoint a new chair from its ranks.

Another thorn for some Nordic investors is the PRI’s initiative to lobby public policy globally on sustainable finance, which was unveiled at 2012’s Rio conference, but agreed several years earlier.

Earlier this month, Helene Winch, former Head of Policy at the British Telecom Pension Scheme, joined the PRI Secretariat as its new Director of Policy and Research.

One large Danish investor said they felt like the public policy position had been “rammed through” the organisation: “When the PRIAB asked the 271 asset owner signatories about its public policy initiative, only a few dozen came back with a response. And as far as we know, the majority of that group was against. That didn’t seem to matter to PRIAB.”

However, a source close to the PRI told RI that more than 60 asset owners had voted on the public policy position, with the majority in favour: “It’s true that the Nordics were in the minority against,” the source said, adding that this was understandable considering that a country like Denmark, which ardently backs the PRI, does not want its lobbying being done by a conduit.

The Nordic investors say they have repeatedly approached the PRI to address their concerns but say the response has been inadequate. The source close to the PRI insisted that both PRIAB and PRIAC have always responded to the Nordics’ concerns.
“It could be that the response didn’t mean anything, but it’s not true that the PRI has not been responsive,” the person said.

However, other sources close to the PRI said responses to the Nordic investors’ questions had been slow or lacking empathy.

One Nordic investor said the specific PRIAB governance concern encapsulated a larger feeling that the PRI lacks basic transparency around its governance such as publicly available notes on board meetings. They said the Nordic investors were concerned that they couldn’t see how board decisions were being reached and that there was a lack of participation from signatories in decisions.

PRI sources said there were both valid and perceived problems with the PRI governance structure and transparency, and that the criticisms were not just limited to Nordic investors.

The PRI published a comprehensive Annual Report this year outlining its governance structure and financial expenditure, which was welcomed by the Nordic investors RI talked with.

Speaking to RI, Fiona Reynolds who joined the PRI in February in the new role of Managing Director, said: “We take the views of all our signatories seriously. PRI is a complex organisation that requires a lot of compromise. Since I’ve been here everything that has come from our Nordic signatories has been responded to, and we want to keep that dialogue going.”

Reynolds said a lunch with the Nordic signatories prior to the SGM in Cape Town tried to allay some of their concerns in a face-to-face meeting.

She said the SGM in Cape Town was taken very seriously by the PRI with two and a half hours allotted for the meeting.

Signatories are able to put an item on the agenda and can file a resolution if backed by 10% of their signatory group (i.e. from 280 asset owner signatories, 28 would have to support the resolution).Reynolds said: “We were a bit surprised we didn’t receive any agenda items or resolutions. At the Council meeting prior to the conference it was decided that the new Chairman would carry out a review of the PRI’s governance. Some signatories are concerned and confused over how the structure works.”
She said the PRI would also shortly undertake an anonymous global member consultation by an independent third party: “The aim is to find out what the PRI is doing well and what not so well, so that we can make sure we are proceeding in an impartial, fact-based manner.”

On the PRIAB nominations issue, Reynolds said: “There are four asset owners who review the applications for board members and renewal for current board members. The governance review will look at issues like this, but I think we have a well thought through committee process. Governance is not static, however, and it needs to be reviewed all the time.”

On the public policy strategy issue, Reynolds said 24% of the asset owner membership responded to the consultation, split 50/50 between European and Australasian signatories (32 European, 35 Australasian). She said the PRI had since held two global webinars and further outreach sessions on public policy: “This is part of the strategic plan developed by PRIAC, where it was agreed that an integral part of the PRI mission was to look at policy issues like market short-termism.”

With reporting by Hugh Wheelan and Jan Wagner.