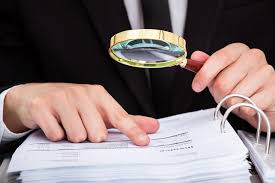 The Council on Ethics, which advises the fund, had called on them to be excluded from the fund’s investment universe but Norges is only putting them ‘on watch’ as the ethics panel highlights that they have taken measures to improve working conditions.

Under a new system in place since January 2015, Norges itself takes exclusion decisions, advised by the ethics panel.

The Council was formed in 2004. In late 2014 the centre-right government decided the Council would no longer make its recommendations to the Finance Ministry. Instead, it would advise NBIM, which then could decide whether or not to adhere to them. The idea was that its recommendations would be less political and more financial; at one point the existence of the panel itself was in doubt.

The Council is independent of the fund, though its chairman Johan H. Andresen spoke in its 2015 annual report of a “continuous chain” between it and the bank.

The decision to put Hansae on watch is the latest in which the Council has made a recommendation which has not been followed by the fund.

In December 2016 the council recommended that Italian oil company Eni SpA be put under observation due to the risk of gross corruption (it is embroiled in allegations of corruption linked to its operations in Nigeria, see RI coverage).

But this recommendation was not followed and Norges went down the route of active ownership (engagement) with Eni instead.

Advice to exclude Eni subsidiary Saipem over bribery allegations in Algeria was also not taken up, with “ownership dialogue” being preferred.A recommendation to exclude Milan-listed industrial group Leonardo SpA over corruption was also not followed, with Norges deciding on “observation”. The council had also recommended that PetroChina be excluded, though this too was not followed (link).

But the influential fund did follow the Council’s advice to put Brazil’s Petrobras on observation over corruption at the end of 2015 and exclude Chinese telecoms group ZTE early in 2016. It did exclude Cairn Energy and Kosmos over their Western Sahara links. The Council declined to comment to RI.

With regard to Hansae, the Council said the exclusion recommendation was based largely on reports deriving from inspections of working conditions at Hansae Vietnam’s factories over a year, conducted by US organisations the Fair Labor Association and the Worker Rights Consortium.

“Numerous violations of statutory health and safety provisions were uncovered at Hansae Vietnam, including overwork leading to workers fainting at their sewing machines, restrictions on employees use of toilet facilities, as well as harassment, deficient fire safety precautions, forced overtime, illegal restrictions on sick leave, unfair dismissal, discrimination and a lack of freedom of association.

“These violations of ethical norms took place at several of Hansae Vietnam’s factories, and also seem to be occurring at Hansae’ subsidiary, Costec, in Myanmar.”

It has engaged with the company and says Hansae Vietnam is in the process of remedying many of the norm violations uncovered during the inspections in 2016, and put in place new management. The company has also engaged a US law firm to evaluate its policies and initiatives.

In March this year the fund announced a third tranche of coal exclusions, with 10 companies barred based on the product-based coal criterion in the guidelines for observation and exclusion. A government commission this week recommended that the fund be managed separately from the central bank. Link