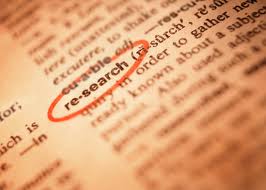 Norges Bank Investment Management (NBIM), the manager of Norway’s NOK7.3trn (€758bn) sovereign wealth fund, has awarded a research grant to determine both the value and impact of active ownership.

The three-year grant comes from NBIM’s ‘Norwegian Finance Initiative (NFI),’ which was set up in 2011 to fund academic projects that NBIM says are relevant to the management of the fund. Examples of projects funded under the NFI include asset pricing, portfolio theory, corporate finance and corporate governance.

In the latest project, professors at the London Business School (LBS), the Free University of Brussels and Bocconi University in Milan will examine data from Standard Life Investments for the period 2004 and 2014. Edinburgh-based SLI is not one of Norges’ external asset managers.

Asked why Standard Life was the focus of the project, a spokeswoman said: “They will be looking at SLI because the asset manager has granted them access to its data. SLI has both good and comprehensive data of corporate governance and stewardship matters.” The three academics are Marco Brecht (Free University), Julian Franks (LBS) and Hannes Wagner (Bocconi).

Professor Franks of the LBS said Standard Life was an excellent choice for the project. “It’s a large investor with a long track record of engagement. And we are delighted that it has agreed to open its books.” The firm – in the news recently over its opposition to the Shell-BG merger – has £246bn (€327bn) in assets under management.Franks aims to publish the findings of his examination in about a year.

According to its engagement report for 2014, SLI held 245 meetings with companies and voted at 209 annual general meetings (AGMs). “Key areas when voting this year have been board composition, mergers and acquisitions, auditors, and (executive) remuneration,” SLI said.

It also provided several examples of its engagement efforts during 2014. At UK mining firm Vedanta, for example, its demand that the board be made more independent and diverse was partially met through the appointment of a non-executive female director. US pharmaceuticals firm Pfizer also held off on permitting its CEO to also act as Chairman partly as a result of input from SLI. SLI also engaged with HSBC and Royal Dutch Shell on executive pay though the results were inconclusive.

NBIM also funds academic research intended to help it better deal with environmental risks to the fund. In early December, researchers at Columbia University in New York published a paper on water-related risks in the mining industry under a project funded by NBIM. Announcement