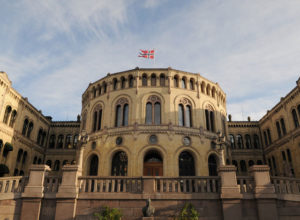 The Norwegian government will draft a human rights expectation document for Norges Bank Investment Management (NBIM), which manages the NOK6.8trn (€791bn) Norwegian Government Pension Fund, after the country’s Parliament unanimously voted in favour of such a move.

The motion went through at the Storting earlier this month, though it has been overshadowed somewhat by the similarly unanimous decision on coal divestment.

It comes as NBIM continues to be subject to a number of complaints under the ‘soft law’ OECD Guidelines for Multinational Enterprises process for policing alleged human rights abuses. It currently faces three complaints under the ‘National Contact Point’ procedure, the most well known of which relates to its investment in POSCO, the South Korean steel giant.

Norges Bank already has investor expectation documents for six strategic focus areas including water management, children’s rights and most recently climate risk management which it launched in March of this year.

Speaking to Responsible Investor, Kim Andrew, who is an advisor to Snorre Valen, a member of the Socialist Left Party who prompted the parliamentary vote, said: “We have the Ethical Council for worst instances, it is also a good thing to be a little ahead and be clear from the start on what are the expectations for the fund when it comes to human rights.”

He added that a number of campaigning organisations had lobbied for such a document for years, especially focused on the human rights of indigenous people, though some observers raised concerns that the original proposal from the Liberal Party and Socialist Left Party had been watered down.

Andrew said that the original proposal from the parties was much more specific, and had a focus on the rights of indigenous people as written in UN and International Labor Organisation (ILO) texts.

“We did not get that majority,” he said. “We have asked the government to implement this and there is a degree of freedom on how they do it. It’s a good starting point and I’m almost sure we will have to improve the document in years to come.”

A factor in the parliamentary debate was the POSCO issue. This is essentially a test case for how the OECD Guidelines relate to institutional investors – which RI has been covering for the past few years.This is where a group of NGOs brought a claim against NBIM under the OECD Guidelines relating to the giant investor’s 0.9% holding in POSCO, which is facing alleged environmental and human rights violations at a plant in India.

The NGOs argue that NBIM has a responsibility to do what it can to mitigate human rights issues at the companies it invests in.

Now it’s emerged that a second OECD case has been brought against NBIM over its investment in POSCO, and its subsidiary Daewoo. The case has been lodged by Cotton Campaign, Anti-Slavery International and KTNC Watch at the OECD National Contact Points in Norway and Korea. The NGOs allege involvement in forced and child labour in cotton harvests in Uzbekistan.

As well as naming NBIM in the case as an institutional investor, the complaint also includes South Korea’s state fund, the KRW489trn (€388bn) National Pension Service, which has a relatively large stake in POSCO. The NGOs request that as institutional investors of Daewoo International, they should use their leverage to ensure they mitigate any adverse human rights impacts.

A spokeswoman for NBIM said: “Norges Bank Investment Management has children’s rights as one of our focus areas and has outlined our expectations to the companies where we are invested in a document. On a general basis I can say that the use of child labour in companies’ operations and supply chains is of concern for us as an investor.”

She added that its Council of Ethics is responsible for advice based on the guidelines for observation and exclusion of companies from the fund. NPS did not respond to enquiries while the Norwegian NCP said it would make its initial assessment public on its website as soon as it is complete. RI understands that the Korean NCP has accepted the case against Daewoo and POSCO.

Meanwhile, the Norwegian NCP is also yet to decide on another complaint, brought by the US union, the United Steelworkers (USW), concerning the alleged failure of NBIM to address claimed human rights and labour issues at NYSE-listed industrial group Crown Holdings.