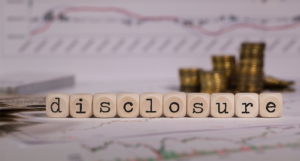 Big US financial firms including Northern Trust, Goldman Sachs and Bank of America are among 145 to have fallen out of the top spot in CDP’s latest assessment of corporate disclosure, after stricter rules were introduced.

The trio dropped off the longstanding ‘climate A-list' following a downgrade from A to A- in the environmental NGO’s annual review. Swiss Re, Alphabet, Apple, Morgan Stanley, British American Tobacco and General Motors also lost their A status in the latest assessment, which saw 80 fewer firms awarded top marks than last year, at 200.

A spokesperson for CDP told RI that most companies were removed due to the “bar being raised on what qualifies as climate leadership and greater weighting being given to high-quality, approved science-based targets”.

Among this year’s climate leaders are big financial firms including UBS and BNY Mellon.

To achieve an ‘A’ rating from the CDP, companies must have in place “robust governance and oversight of climate issues, rigorous risk management processes, verified scope 1 and 2 emissions and be reducing emissions across their value chain”. Most ‘A’ rated firms have also been approved by the Science Based Targets initiative, the CDP said in its press release.

Overall, the CDP’s assessment paints a bleak picture of corporate disclosure, with just 2% of the 12,000 firms assessed being classed as environmental leaders.

More than 590 investors, running some $110trn in assets, requested corporate environmental data through CDP this year, the NGO claimed, although it said 17,000 firms – including Exxon, Chevron, Berkshire Hathaway and Glencore – still don’t disclose such data.

More positively, 509 companies improved their CDP score by shifting from just disclosing their environmental impacts to taking steps to manage those impacts. And there was an increase in “pioneering companies” on the list, from 10 to 14. These are firms achieved top scores across their climate, forestry and water assessments, and include L'Oréal, Unilever and HP.

CDP also announced today that it will collaborate with the Global Reporting Initiative (GRI) on biodiversity disclosures, less than a week after the European Financial Reporting Advisory Group and the GRI revealed that they had joined forces to work on biodiversity.

A spokesperson for the GRI told RI that the work with the two partners was “connected but separate”, and showed that “the reporting approach under the new GRI Biodiversity will be well-harmonised with incoming EU requirements plus the CDP system and new TNFD framework”.