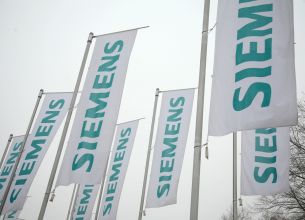 The €260bn Norwegian Government Pension Fund has put Siemens, the German industrial giant, on a watch notice over its involvement in ‘gross and systematic corruption’ and is threatening to sell off its NOK6.3bn (€715m) stake in the company unless improvements are made. The move will be closely watched by other global pension funds that use the Norwegian fund’s decisions as a proxy for their own corporate engagements and exclusions. At the end of 2008, the Norwegian fund held 1.34% of Siemens’ voting shares, making it one of the largest shareholders in the company. Kristin Halvorsen, Norwegian Minister of Finance, said she had overruled the government fund’s own Council of Ethics, which recommended blacklisting Siemens because of its involvement in kick-backs to win overseas contracts since the early 1990s. However, she said the fund would adopt a “low threshold” in judging Siemens for exclusion from its portfolio should any new cases of corruption arise.
The Council of Ethics had said the effectiveness of anti-corruption measures put in place by Siemens in theautumn of 2007 were “uncertain” and could not guarantee that the fund would not be linked to corruption via its investments. In December 2008, Siemens paid nearly €1bn ($1.4bn) to US and German authorities to settle corruption charges out of court. It was alleged that Siemens had made an estimated €1.3bn in dubious payments to secure business over more than a decade. However, Halvorsen said she wanted to see how measures Siemens had introduced to fight corruption over the last year would work: “By placing the company under observation we, as an investor, can signal that we expect the measures to be implemented as intended. In this manner, using our stake in the company, we can contribute to keeping up the pressure to finally bring corruption in Siemens to an end. Siemens is now in the public eye and the company has initiated a range of anticorruption measures. By placing the company under observation we will contribute to keeping up the momentum on the anticorruption efforts.” The decision suggests that the Norwegian government fund could be shifting strategy towards a public engagement
policy to push companies to change behaviour rather than lose its influence by selling its shares. The fund’s exclusion policy is currently under government review with a report on its efficacy to be published later this year.
In a separate move, however, the fund has sold a NOK30m stake in Dongfeng Motor Group in China in protest over the company’s sale of military trucks to the Burmese government. The fund said its blacklisting of Dongfeng followed EU and US weapons embargoes against Burma. The Norwegian fund said Dongfeng hadinformed it that a subsidiary company sold 900 trucks to Burma in the first half of 2008. During 2007, scores of large institutional investors began engaging with companies operating in Burma to ensure they had no links to human rights violations in the country after the military government clamped down heavily on public demonstrations. The army killed several protestors and others were imprisoned without trial. Halvorsen said: “We cannot finance companies that support the military dictatorship in Burma through the sale of military materials.”