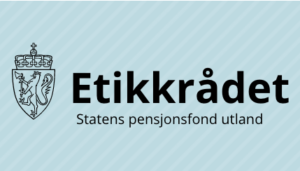 The Council on Ethics for Norway’s Government Pension Fund Global (GPFG), the panel which makes recommendations about excluding companies from the influential investor, has issued a tender for an ESG database and ethical screening.
The first contract is for “access to a database of companies’ ESG (environmental, social, governance) performance and/or criticism and identification of companies in the GPFG where there may be an unacceptable risk that the company contributes to or is itself responsible for conduct”.
The second is for screening of companies producing products referred to in the fund’s ethical guidelines (controversial weapons, tobacco, thermal coal).
The value of the two four-year contracts is put at NOK4.4m (€468,429).
“The GPFG holds equities and fixed-income instruments issued by around 9,500 companies operating globally,” the tender states. The requested services are intended to assist the council in identifying companies in the fund’s portfolio whose conduct or products may conflict with the fund’s guidelines.The tender comes as, increasingly, the Council’s recommendations are not being followed by the fund, following a change in the system.
Under a new procedure in place since January 2015, Norges itself takes exclusion decisions, advised by the Council on Ethics. Previously the panel advised the Finance Ministry.
Last month, for example, Norges Bank Investment Management, the arm of the Norwegian central bank that runs the fund, put South Korea-listed textiles firm Hansae Yes24 Holdings Co. Ltd. and its subsidiary Hansae Co. Ltd. “under observation” over human rights risks – although the Council had called on them to be excluded.
It was the latest instance in which the Council made an exclusion recommendation that was not implemented by the fund. Others include Eni SpA, Leonardo SpA and PetroChina. Instead of exclusion, the fund opted for “active ownership” – though advice to put Petrobras on observation over corruption at the end of 2015, and to exclude Chinese telecoms group ZTE early in 2016 was taken up.