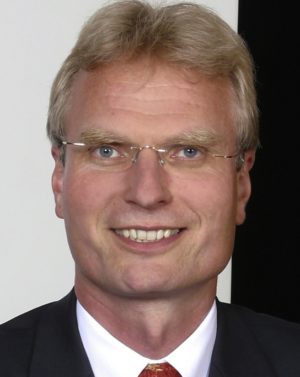 Frank Wettlauffer, the former German institutional sales head for Swiss private bank J. Safra Sarasin, has been recruited for a similar role by Notenstein, the rival that is challenging Sarasin’s established position in sustainable investing.

Wettlauffer confirmed to RI that he would join Notenstein “in October or November” and that like at Sarasin, his assignment will be to target the bank’s sustainable funds to institutional clients.

Wettlauffer joined Sarasin in 1999, eventually becoming head of institutional sales in Germany. He stepped down from that role in late 2010, but continues to work for Sarasin as an executive director. His contract with Sarasin expires on September 30.

During his years as German head, Sarasin was able to attract €2bn in assets from institutional and wholesale clients. Wettlauffer also serves on the board of FNG, the German Sustainable Investment Forum (SIF).

Notenstein’s recruitment of Wettlauffer is its latest raid on Sarasin. In May, it announced that it had lured away Andreas Knörzer, Sarasin’s ex-head of asset management and sustainability and Aris Prepoudis, the bank’s ex-institutional head.

St. Gallen-based Notenstein, which grew out of the now-defunct Wegelin private bank, is owned by Swiss cooperative banking group Raiffeisen.

In early June, RI reported that Notenstein had picked off five portfolio managers from Sarasin’s equity team. The bank said: “It is our goal to become one of the top three private banks in Switzerland.“To this end, it plans to recruit up to 50 staff for its asset management business. A spokeswoman for Notenstein added that outside of Switzerland, the bank considered Germany as the most important institutional market for sustainable investments.

Meanwhile, Swiss banking sources believe that Raiffeisen is building out Notenstein so that it can fully replace Vontobel, another Swiss private bank, as the cooperative banks’ asset manager.

In 2004, Raiffeisen and Vontobel began an alliance under which Vontobel would manage assets from Raiffeisen’s clients while the cooperative banks would sell Vontobel’s funds. The alliance was cemented by Raiffeisen’s acquisition of a 12.5% stake in Vontobel, which, like Sarasin, offers sustainable investments. The alliance between the two houses expires in 2017.

But Raiffeisen has acquired and invested heavily in Notenstein’s asset management activities. Last November, the banks hired an independent arbiter to settle a dispute over what services Notenstein may provide to Raiffeisen. Vontobel spokesman Reto Giudicetti told Reuters at the time that Raiffeisen’s use of Notenstein’s internal investment expertise would breach its contract with Raiffeisen.
Giudicetti told RI that the dispute had not yet been settled and that he did not know whether his bank’s alliance with Raiffeisen would be prolonged beyond 2017.