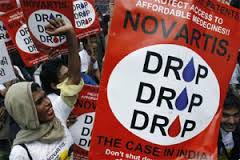 In the context of the global debate on the balance between social rights and Intellectual Property (IP), an important decision was made last week by the Indian Supreme Court. The repercussions of the April 1 landmark ruling denying Novartis’ patent application for its cancer drug Gleevec are resonating throughout the pharmaceutical industry. The ruling exacerbates global pharma companies’ existing insecurities over intellectual property guarantees in India and other key emerging markets, where they perceive risks presented by patenting and pricing restrictions in various forms. But for those pharma companies pioneering new approaches to reach low and middle income groups, the developments in India need not be perceived negatively. A proactive shift to new business models based on lower prices and higher volumes and sharing of IP rights could in fact pre-empt patenting and pricing risks and simultaneously present opportunities in the longer term for gaining a competitive advantage in key growth markets.
The Gleevec case originated in 2006, when the Indian Patent Office rejected Novartis’ patent application for this leukemia drug, thus allowing Indian generic manufacturers to produce copies of the drug for a fraction of the price. Novartis subsequently took the case to the Supreme Court, challenging a section of Indian patent law that requires proof of significantly improved efficacy. Novartis claimed that the legal challenge was entirely a matter of principle, intended to seek clarity on India’s IP position.

In the debate over IP rights versus social rights, Novartis and many of its peers have always argued that rigorous protection of IP rights fosters medical innovation for the greater good. Yet this argument has become increasingly untenable in recent years: critical disease areas remain under-researched for (perceived) lack of commercial potential, while there has been a general decrease in ground breaking innovation.Faced with numerous blockbuster drugs going off-patent and few new discoveries to replace them, many pharma companies have taken to ‘evergreening’, the re-patenting of existing drugs with only minor modifications, as Novartis allegedly attempted with Gleevec. Such remodelled drugs, which may not be safer or more effective than previous versions, are aggressively marketed in an effort to maintain high profit margins.

All of this suggests that strict enforcement of the global IP regime has not yielded the social benefits promised by its proponents. True, many big pharma companies have made considerable progress in enhancing access to key drugs within certain markets, through differential pricing programmes for example. Yet hundreds of millions of patients still lack access to life-saving medicines; moreover, the prices of some of these drugs place them far beyond the means of middle income groups, without some degree of government support. Big pharma companies’ access to medicines programmes are, generally speaking, still heavily philanthropic, ad hoc (i.e. not implemented across portfolios and markets) and not fully incorporated into companies’ core business models.

For big pharma companies, all of this, in combination with the clear precedent now set by the Indian Supreme Court, means that the business as usual approach of pushing expensive drugs to exclusive groups cannot be maintained.

In China meanwhile, the government, while holding the compulsory licensing option open, prefers to negotiate quietly with global pharma companies, exerting significant pricing pressures and controls on the industry. China is currently the third largest pharmaceutical market in the world and expected to grow at 15-18% annually over the coming years, while emerging markets collectively are expected to amount to a third of the global pharma market by 2016, up from 20% in 2011.
Although compulsory licensing and other such moves may be perceived as threats by global pharma companies, the more proactive approach would be for the industry to seriously reconsider its approach to IP and pricing and adapt its emerging markets strategies to local patenting regimes and pricing pressures; this makes sense from both a business perspective and a corporate responsibility perspective. Sustainalytics’ conversations with big pharma companies reveal that some players are ahead of their peers in adapting. Such companies are likely better placed to mitigate one-off events such as the Indian Supreme Court verdict, but more significantly, in the mid- to long-term, to extract competitive advantage through the forward looking execution of strategies that adapt to clearly changing market realities.
Big pharma companies should demonstrate how their access initiatives are part of their overall long-termbusiness strategy and how they plan to move from an ad hoc to a structural approach in this regard.

They could for instance systemically test and execute a lower prices – higher volumes business model, an approach a company like GlaxoSmithKline has already had some success with. Willingness to engage in innovative IP initiatives designed to enhance access while still generating profits for patent holders, such as patent pools and non-exclusive voluntary licenses, would demonstrate true commitment on the industry’s part. Where commercial incentives are felt to be lacking, companies could engage with public and private partners to stimulate the creation of such incentives. Furthermore, increased transparency on how companies deal with other aspects of their business such as political lobbying and marketing would help ensure that activities in these areas do not directly contravene efforts to increase access to medicines.
Novartis, like many of its peers, has thus far shown little adaptive capacity in this regard, although to its credit the company does acknowledge the need for “shared value business models to complement ongoing philanthropic and zero profit initiatives” (Novartis 2012 Annual Report). The complete incorporation of new IP and pricing approaches in companies’ core business models could create such shared value and resolve the current disconnect between societies’ expectations of the industry and what it actually delivers.