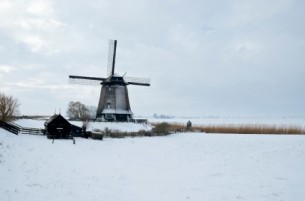 Almost three quarters (73%) of Dutch pension schemes surveyed have adopted a responsible investment policy that influences the way they run their assets. The number has more than doubled since 2006 according to the survey by the country’s umbrella pensions organizations, reports ipe.com. A further 10% of the pension funds polled is understood to be developing an equivalent RI policy, according to the survey of 90 of the country’s schemes by the Association of Dutch Industry-wide Pension Funds (VB), the Foundation for Company Pension Funds (OPF) and the Union of Occupational Pension Funds (UvB). Members of the three associations represent 80% of the estimated e700bn in Dutch occupational pension fund assets, one of the biggest European pensions markets. Just 13 of the plans surveyed said they had decided not to implement an RI policy. The majority of large pension funds with assets over €1bn has an SRI policy in place, the report said. Most of the funds surveyed (56 schemes) say they relate their investment policy to UN Global Compact policy. The Compact, launched in 2000 by Kofi Annan,former UN general secretary, signs companies up to ten corporate standards ranging from upholding union rights to the abolition of child labour. Investors use corporate adherence to the Compact as a basic standard of good environmental, social and governance practice. Of those schemes, 26 said they have developed their own SRI policy or expanded on the UN Global Compact. A total of 16 pension plans and Dutch asset managers have signed the UN Principles for Responsible Investment (UNPRI). The survey revealed that excluding companies from investment portfolios is the most commonly applied SRI instrument, followed by voting and engagement. In November 2007, the VB, OPF and UvB, presented the Dutch Social Affairs minister, with a report containing environmental, social and governance guidelines for pension funds. The 75-page report included an outline of the framework for incorporating responsible investment within the legal fiduciary duty applicable under Dutch law.
The associations have said they will review the market again in 2012.