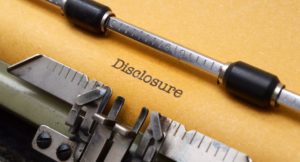 The number of firms scoring an ‘A’ in CDP’s well-known league table for environmental disclosure rose by 50% in 2020.

313 private-sector organisations – including Goldman Sachs, Northern Trust, BNY Mellon, Bank of America, UBS, Swiss Re, ING and Nomura Holdings – made it to the top tier this year, based on their climate change, forests and water security disclosure.

This year was the first that financial firms were asked to submit a sector-specific Financial Services questionnaire, which focused on financing activities and impact. Of the 318 financial firms scored by the CDP this year, 28 (or 9%) received an A. Most received a B score (28%), followed by A- (25%) and a C score (20%). 4% of financial firms received a D- score.

Well-known financial firms Orix and Aviva received a D for disclosure and action on climate change.

In response to the low grade, Aviva told RI that it had a strong track record on climate change, pointing to its membership of the Net Zero Asset Owner Alliance and Powering Past Coal Alliance, and its renewable energy investments. It highlighted that it was “the first asset manager to publicly say it will vote against businesses that do not report in line with the TCFD climate change recommendations” and “one of the first insurers to publish a Climate Value at Risk and disclose ‘Global Warming Potential’ of our assets”.

Over 2020, 515 investors with $106trn under management requested thousands of companies to disclose through CDP. More than 9,600 companies, representing more than half of global market capitalisation disclosed on climate change through CDP's TCFD-aligned disclosure platform, including 84% of the FTSE100 and 75% of the S&P500.

CDP is part of the Corporate Reporting Dialogue, which also includes the Sustainability Accounting Standards Board, International Integrated Reporting Council, Climate Disclosures Standards Board and the Global Reporting Initiative. The group is working on a simplified corporate reporting system, and this month IIRC and SASB announced a merger to form the Value Reporting Foundation.

CDP told RI it had no plans to merge in the near future.