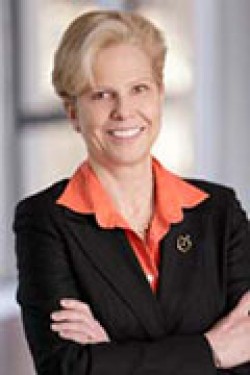 New York State Governor Andrew Cuomo’s announcement last year that NY Green Bank was looking to raise an additional $1bn in third party capital could be a pivotal moment in the evolution of the state’s green bank. The planned injection of private capital will, crucially, allow the US’ biggest green bank to leverage its expertise and invest in clean energy projects across the country for the first time – potentially helping to fill the federal level vacuum created by the Trump administration’s rollbacks on the environment. RI spoke to Caroline Angoorly, Chief Operating Officer at NY Green Bank about the bank’s efforts to catalyse the clean energy sector in New York State and its new national ambitions.

Angoorly tells RI that following Cuomo’s announcement in October 2017, NY Green Bank is still “speaking to all sort of capital providers” including private equity, insurance companies and pension funds about “how what it does would fit into their asset allocation”.
These “preliminary soundings”, she says, include conversations with the state’s $209bn Common Retirement Fund and New York City’s public pension funds, which are overseen by New York State Comptroller, Thomas DiNapoli and his New York City counterpart, Scott Stringer, respectively. Both comptrollers have been strong advocates of ESG.
The timing of Cuomo’s announcement could turn out to be particularly opportune as Stringer, who oversees assets of $175bn, recently committed to doubling the city’s investment in climate change solutions to $4bn by 2021.
The leveraging of NY Green Bank’s expertise beyond the bounds of New York State is also being explored by a bipartisan alliance of 17 US governors, according to Angoorly. The US Climate Alliance, which was set up by recently re-elected Governor Cuomo, the outgoing Californian Governor Jerry Brown, and Jay Inslee Governor of Washington State, was created to pick up the baton on climate action following the Trump administration’s withdrawal from the Paris Agreement.
Because its initial $1bn in funding came from New York State rate payers, the NY Green Bank’s investable universe has so far been restricted to the state. And despite it now eyeing investments across the US, Angoorly tells RI that there is “no shortage of opportunities” in New York: around $522m of the $1bn has been allocated to clean energy solutions since the green bank started closing transactions in the third quarter of 2015. This includes investments in residential solar, energy efficiency and sustainable transportation projectsAngoorly cites the state’s “consistent and coherent” energy strategy under Governor Cuomo as contributing to the success of NY Green Bank, which has supported between $1.5 – $1.7bn in clean energy projects through its investments since its inception, generating revenues of $38.9m.
“The success of NY Green Bank is not just because it is a good idea in and of itself, says Angoorly. “It’s also that we are in this overall context of a consistent and coherent State-level energy policy and strategy.”
NY Green Bank is a division of the New York State Energy Research and Development Authority (NYSERDA), the state-backed body which runs the $5.3bn Clean Energy Fund, which seeded the bank.
Energy markets and infrastructure are “fundamentally changing”, Angoorly tells RI, adding that the investment needed to bring the state’s energy delivery and generation into the 21st Century “far exceeds any public purse”.
Green financing entities such as NY Green Bank are, therefore, vital in achieving a low-carbon transition, Angoorly says, though she adds that they “can’t create a market without the right signals and incentives” from government, so both sides must “work hand in glove”.
Many of the solutions needed to transition the energy system already exist but are not yet of a sufficient scale to be reached by traditional project finance, they are what Angoorly describes as on the “near frontier”.
It is here that NY Green Bank, which Angoorly stresses operates “in an entirely commercial way”, can step in by providing liquidity to nascent clean energy asset classes and help bring them to scale. It’s not about competing with “products and the players currently doing energy product financing”, she insists, nor financing “venture capital” – it’s about “building asset classes, building liquidity at market rates in a way that traditional project lenders can get involved”.
The nature of the bank’s mandate and risk appetite mean it has to be “very flexible” when considering what sort of financial methodologies and structures are appropriate, Angoorly tells RI, giving the example of a residential solar company – a sector that NY Green Bank has helped bring to scale – with a risk profile she describes as closer to that of consumer credit risk than traditional energy projects, and therefore in need of innovative structures.
In the beginning, Angoorly says there was a preconception in the private sector that state or government backed bodies like the NY Green Bank would be too “complex or bureaucratic to deal with”, but the bank’s commercial focus, she says, combined with its growing track record has changed this.
Looking ahead, Angoorly says her focus is on “execution, execution, execution” adding “the more we can do, the greater the benefits that are being delivered for New York State rate payers”.