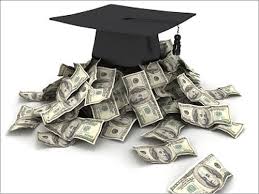 New York City Comptroller John Liu has failed in an attempt to get a proposal about graduate debt onto the agenda at the forthcoming annual meeting of listed, for-profit college operator DeVry Inc.

The company has gained permission from the Securities and Exchange Commission (SEC) to omit Liu’s proposal, which called on it to provide information on the ability of its graduates and dropouts to pay back tuition loans.

Responding to a request from DeVry, the SEC upheld the firm’s view that the proposal could be excluded from the agenda of the AGM in November.

“The proposal focuses on information regarding the quality of its (DeVry’s) educational services. Proposals that concern product quality are generally excludable,” the SEC said, adding that it would not recommend enforcement action if it were omitted from the agenda.

Liu’s proposal had demanded that DeVry’s board tell shareholders what percentage of its graduates and dropouts were repaying their student loans and what the debt-to-income ratio was for a typical graduate. Liu represents five city pension funds that hold $17m (€12.8m) worth of DeVry stock.

Liu argued that DeVry’s shareholders had a right to such information, since it was material to its stock price.He said: “For-profit college operators, including the company, have lost substantial shareholder value in recent years amid scrutiny of the quality of the education they provide, the extensive federal subsidies they receive (equal to 79.2% of their revenue in 2010), the marketing tactics they use and the success of their graduates in finding jobs.”

DeVry’s lawyers countered that the proposal, with its focus on the quality of the firm’s products, interfered with the company’s “ordinary business” operations and hence could be excluded.

Last February, Liu’s office filed a similar proposal on student debt at Career Education Corporation (CEC), a DeVry peer. The SEC approved that proposal, saying that the firm’s lawyers had failed to demonstrate that the proposal should be excluded for being too vague. However, Liu’s proposal was defeated at CEC’s AGM, garnering only 1.6m votes in favour compared with 34.9m against and 10.4m abstentions.