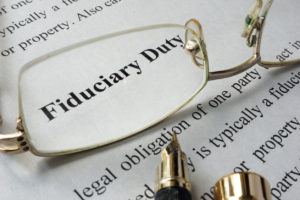 Investment managers “must” take climate change into account when making investment decisions, according to a formal legal opinion on climate risk and fiduciary duty sought by New Zealand’s government through its public-private sustainability initiative, Aotearoa Circle.

The opinion, which was conducted by law firm Chapman Tripp and approved by Alan Galbraith QC, was published on a busy day for sustainable finance in New Zealand, with the release of the country’s anticipated Sustainable Finance Forum’s (SFF) interim report and the launch of a consultation on climate related risks by the Ministry of the Environment.

“Directors and scheme managers must assess and manage climate risk as they would any other financial risk,” the lawyers stated in the opinion. They describe the conclusion as “not controversial” but “important in grounding the analysis within New Zealand’s legal and regulatory environment”.

Earlier this year, a similar opinion sought in Australia deemed the exposure of individual directors to “climate change litigation” to be “increasing, probably exponentially, with time”.

The new opinion was described as a “first step in changing mind-set” in the SSF’s report.

Launched in March, the SFF is another part of the Aotearoa Circle and is co-chaired by Matt Whineray, CEO of the country’s NZ$44bn (€25.3bn) sovereign wealth fund NZ Super.

The report sets out the need to shift to a sustainable economy and discusses “principles and characteristics” that would underpin such a system.

The central banker said in a piece published on its website today that “we now consider climate risks as part of our fundamental role of assessing risks to the financial system as a whole”.

He added that “we are also looking at how we can transition our investments to more sustainable alternatives”.

The allocation, Orr added, “affirmed” the Climate Change Strategy it unveiled in December 2018, the same month the Reserve Bank joined the Network of Central Banks and Supervisors for Greening the Financial System (NGFS). He also expressed support for efforts to create a “credible and workable climate reporting framework”.

New Zealand’s Ministry of the Environment also today launched a public consultation seeking feedback on proposals for financial firms and listed companies to understand and disclose how climate change will impact their business and investments.

The consultation, which closes on December 13, comes off the back of the Productivity Commission’s Low emissions economy report, which made a number of recommendations on climate-financial disclosures.

New Zealand is to be the subject of a forthcoming country profile in Responsible Investor.