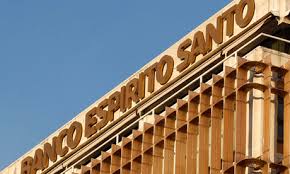 The NZ$29bn (€20.7bn) New Zealand Superannuation Fund, embroiled in a legal case relating to losses stemming from its investment in a special purpose vehicle organized by Goldman Sachs for a failed Portuguese bank, says it is confident that its own internal responsible investment rules were followed in the deal.

The losses from the complex Luxembourg-registered Oak Finance vehicle has already led to scrutiny in parliament but the fund has told Responsible Investor: “We are confident that all our internal processes, including our RI Framework, were followed correctly.”

It comes as NZ Super this week confirmed it had filed Portuguese legal proceedings against the Bank of Portugal. The fund is challenging the central bank’s decision which purported to ‘clarify’ that the Oak Finance loan had not been transferred from the failed Banco Espirito Santo (BES) to Novo Banco (“new bank”), with retroactive effect. The proceedings are in addition to the English debt recovery action launched in February against Novo Banco.

At issue are potential losses from its US$150m investment in the Oak Finance vehicle, which ultimately went to finance an oil refinery project in Venezuela, though the fund said this was outside its control (see Wall Street Journal report on the deal here).

NZ Super told RI this week: “The funding was for general corporate purposes and was not secured over any particular assets of BES. We were aware that BES had funding demands for the Venezuelan project, but what the funding was used for was not controlled by us.”It said it didn’t see the arrangement as a project finance deal “regardless of whether BES decided to use the finance for the oil refinery” or other purposes. It added that the “credit opportunities strategy” of which the deal was a part has added NZ$900m already to the fund, even after a precautionary write-down.

“What the funding was used for was not controlled by us”

Asked about whether an ESG due diligence process had been made before the investment, the fund said its primary focus had been on ensuring it had credit protection to cover the risk of BES defaulting. “We review all our investments against the list of companies that are excluded from the Fund,” it said, adding that it doesn’t directly review finance firms’ loan books in detail.

“We do use MSCI for our ESG monitoring, which includes for breaches of ESG standards by banks. Our current responsible investment policy of applying exclusions to our derivative and active collateral management transactions is likely to be more advanced in terms of RI practice than most investors.” The fund added it did not get a third-party to assure that the financing met its own ESG principles.

It also pointed out that it was BES’s responsibility under the Equator Principles (it was a signatory) to conduct ESG due diligence on any trade finance projects.

NZ Super concluded: “While we will always look to see what improvements we can make and what we can learn from experiences such as this, we do not believe there is anything we could have done to anticipate or mitigate the actions of the Bank of Portugal.”