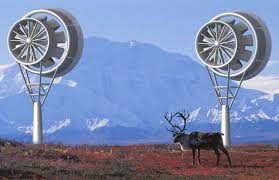 Ogin specialises in smaller, shrouded turbines and is backed by venture investors such as Kleiner Perkins Caufield & Byers, Technology Partners and Goldman Sachs who have board seats.

NZ Super said it’s “ideally placed” to invest in the likes of Ogin, which are past the start-up phase, but still need time and capital before listing.

“We look forward to working with Ogin as it further develops its products and markets, and as it redevelops existing wind farms using its new turbines,” the fund said.

The investment came through the Innovation Alliance, a small group of institutional investors looking to invest in expansion capital opportunities globally. It follows a similar investment in unlisted fuel cell maker Bloom Energy, the company behind the ‘Bloom Box’ solid oxide fuel cell device.The fund said both investments, while relatively small, complemented its strategy to increase investment in alternative energy and energy forms with lower carbon intensity, “where a strong business case could be established”.

The fund’s Guardians are “mindful” of investment risks relating to renewable energy, such as changing regulatory regimes. The investment in Massachusetts-based Ogin, formerly FloDesign Wind Turbine Corp. – is being managed by NZ Super’s in-house investment team.

Elsewhere, renewable energy investment company Low Carbon said it would be partnering with Macquarie Capital to deliver a portfolio of up to 300MW solar projects in the UK.

And in South Africa, black-owned Mergence Investment Managers said the largest concentrated photovoltaic (CPV) solar plant in the western world is being constructed outside Touwsriver in the Western Cape and is set to connect to the electricity grid next month. It has invested R50m (€3m) in the 44MW plant being developed by French semiconductor giant Soitec.