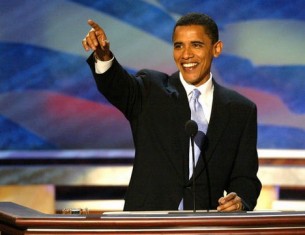 Ceres, the US investor environmental coalition controlling $7 trillion in assets, has outlined a wish list it hopes to see new US president Barack Obama rapidly introduce in the first 12 months of the new administration. Ceres, which regularly lobbies the US government on investor issues, said it would recommend “concrete actions” including reform of the capital markets to require honest accounting of financial risks that companies and investors face from climate change and sustainability threats. It also believes President Obama should seek to quickly make good his election campaign promise to stimulate the US economy through investments in clean energy technology, energy efficiency, green-collar jobs and training. The investor group said this should include legislation to reduce greenhouse gas emissions by 25% below 1990 levels by 2020 and 80% by 2050. It added that tax incentives and subsidies for high carbon-emitting technologies and projects should also be cut and replaced by a mandate that 20% of the nation’s electricity be sourced from renewable power by 2020 and at least 30% by 2030. Mindy Lubber, president of Ceres reiterated calls by the investor group for the Securities and Exchange Commission to address environmental, social and governance issues, including climate change, as part of corporate disclosure by all publicly-traded companies.The final wish on the Obama list, she said, was for the administration to further promote energy efficiency policies, including stronger building codes, appliance standards, tax incentives and energy efficiency resource standards. Lubber said: “These changes will bring us closer to our goal of achieving long-term prosperity that respects the health of the planet and the aspirations of its people.” Stephen Davis, the respected US corporate governance expert and editor of Global Proxy Watch, said he believed the election of Obama could lead to a “once-in-a-generation step change” on governance issues. In a note to the Network for Sustainable Financial Markets, Davis said he believed that in the first 100 days of Obama’s presidency, investors could expect to see a set of fresh shareowner rights, including ’say on pay’, and possibly access to the proxy (easier means of nominating corporate directors). He said he believed the Obama administration would also be “powerfully motivated “to protect hard-hit retirement funds leading to greater promotion of defined benefit over defined contribution plans. Davis said he thought the SEC would take steps to encourage more disclosure and accountability at mutual funds, such as reinstating the rule that fund boards be chaired by independent outsiders. “We can also expect more requirements to disclose ESG risks, “ he said.