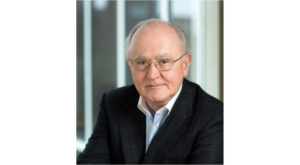 John Ruggie, the architect and builder of the UN Guiding Principles on Business and Human Rights (UNGPs) – also known affectionately, and deservedly, as the Ruggie Principles – died on September 16, aged 76.

The Ruggie Principles celebrated their 10-year anniversary this year in June 2021, marking a decade since the UN Human Rights Council unanimously endorsed the UNGPs that Ruggie had done so much to help create and steer.

RI interviewed Ruggie in June to mark the anniversary, and the publication had a long and valued relationship with John – centred on his clear interest and passion regarding how the UNGPs pertain to investors as well as companies and state actors.

Few people get their name attached proudly to their work, and have it recognised globally, especially if it’s a UN initiative. But the UNGP's strap line: Protect, Respect and Remedy, is as good a descriptor of the man as his work.

John taught for many years at Columbia University, becoming Dean of the School of International and Public Affairs. He also taught at the University of California's Berkeley and San Diego campuses and directed its Institute on Global Conflict and Cooperation.

In 2005, he was appointed as the UN Secretary-General's Special Representative for Business and Human Rights. In that capacity, he developed the UNGPs.

Perhaps as importantly, however, was the fact that John didn’t leave his work there. He instigated the creation of The Shift Project: a New York-based non-profit working with companies on human rights practices.

And he was an unyielding promoter of the UNGPs, with results. They have become part of the foundation of new financial regulations across Europe over the past 12 months and John noted recently that the groundbreaking Dutch court case ruling against Shell earlier this year had a legal interpretation of the Ruggie Principles at its core.

RI wrote over the summer about UN Member States negotiating a hard law replacement for the Ruggie Principles. It would be a fitting tribute to the importance of human rights – Ruggie’s life and work – if this could now happen.

I interviewed John Ruggie earlier this year for a video keynote address at our RI Switzerland conference. The video recording is freely accessible here.

As well as being a typically passionate, smart and focused interview, it was notable on a personal level because John hauled himself out of bed at 5am to do it. That was John Ruggie!

RI sends our condolences to his wife Mary, his son Andreas, and to all those who knew and were inspired by him.