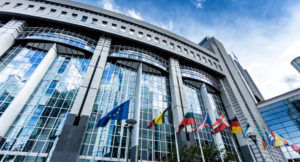 Members of the European Parliament (MEPs) have rejected attempts to stop the proposed rules for what will be considered climate-aligned under the EU Taxonomy from going ahead.

The Climate Delegated Act, which sets out detailed criteria for economic activities contributing to climate change adaptation and mitigation, was subject to three separate objections by MEPs. These were all rejected in a vote yesterday afternoon in the European Parliament’s Committee on the Environment, Public Health and Food Safety (ENVI) and its Committee on Economic and Monetary Affairs (ECON).

The objections for example said the Taxonomy should include nuclear energy – saying the proposed complementary delegated act on nuclear and natural gas, expected to be published in the coming months, “is not guaranteed” and that it is “not suitable to leave an issue of this importance unresolved by presenting several delegated acts”. Another objection called for the act to be better aligned with the Paris Agreement.

One objection also included a line urging  the Commission to “prevent an expansion of taxonomy to so-called harmful activities as this would hinder the transformation efforts of companies”. While this is not part of the Climate Delegated Act, the Platform on Sustainable Finance expert group this summer published a draft report saying it proposed the extension of the EU Taxonomy to cover activities significantly harmful to the environment in the future.

Dutch MEP Paul Tang welcomed the development saying: “this week the European Parliament set an important step towards making finance more sustainable”. French MEP Paul Canfin, also Chair of the ENVI Committee, said the vote paves the way for the adoption of the delegated act at the next Plenary.

The ENVI-ECON vote could see the Delegated Act go through Parliament. But if a political group or at least one-twentieth of its members (36 MEPs) bring an objection to the agenda of the next Plenary session, taking place next week, a full Plenary vote will be triggered.

Emma Wiesner, a Swedish MEPs behind one of the objections, told Swedish EU news website Europaportalen that she would consider whether there’s enough support to bring the issue to a Plenary vote.

If this does not happen, the act is expected to be adopted by Parliament.

However, the EU Member States in the Council have already asked for a two-month extension to the scrutiny period of the act, as reported by RI last week. It is believed member states want more clarity on the separate delegated act for nuclear and natural gas before making up their mind, and will now have until early December to do so.

An EC spokesperson would not confirm the timing of the publication of the additional delegated act, saying: "The Commission will adopt the complementary Climate Delegated Act as soon as possible after the end of the specific review process."