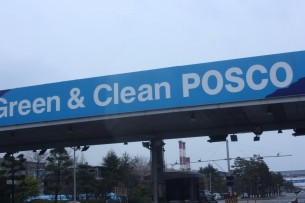 Shareholders in listed companies face being pushed to remedy environmental, social and governance (ESG) controversies in developing countries after APG, the €325bn Dutch pension fund manager, was prompted to engage with POSCO, the South Korean steel giant, to ensure that a planned, controversial $12bn plant in India meets internationally recognised sustainability standards. The action follows a landmark intervention by Dutch representatives of the OECD to bring investors into the ambit of its Multinational Guidelines. RI reported in January that APG and Norway’s Norges Bank Investment Management (NBIM), which runs the assets of the NOK4.1trn sovereign wealth fund, the Government Pension Fund – Global, were being investigated in their capacity as listed equity shareholders in the parent company over alleged environmental and human rights violations at POSCO-India’s plant in the state of Odisha. Construction of the plant has been held up since 2005 because of court cases and regulatory proceedings concerning land rights issues and environmental assessments. The OECD investigated APG and Norges under its Guidelines for Multinational Enterprises, which cover companies operating in or from OECD Member States. POSCO has listings in New York, London and Tokyo as well as South Korea. Under the Guidelines, ESG concerns can be relayed from the country of the alleged problem for investigation by OECD National Contact Points’ (NCPs) in member countries.The Indian POSCO complaint was tabled in October last year by a group of four NGOs: Fair Green Global Alliance, Forum for Environment and Development, Korean Trans National Corporations Watch and Lok Shakti Abhiyan. After a series of joint meetings between the Dutch NCP and APG on January 17th, February 12th and February 28th, APG said this month that it would co-operate with other minority shareholders in POSCO to “identify, prevent, or mitigate” any potential negative impacts on local communities and the environment of POSCO’s Odisha steelworks. The agreement noted particular concerns about recent forced land acquisitions and police violence. A review and assessment of the situation in Odisha is expected to be jointly carried out by the Netherlands’, South Korean and Norwegian NCPs. Action regarding Norway’s NBIM and its POSCO shareholding is understood to still be under review by the South Korean and Norwegian NCPs. The application of the OECD guidelines to shareholders in listed companies could have far-reaching consequences for institutional investors. APG has itself raised concerns about a need for further clarification of the guidelines for the financial sector. It said there was no consensus about the degree of leverage and responsibility that comes with different forms of (minority) shareholding and other investment.