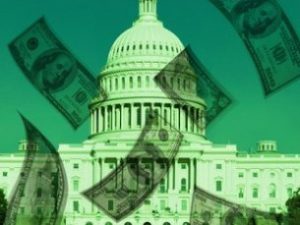 From healthcare to clean air, everything in politics these days is polarized. As investors, not politicians, we are concerned that one of the contributors to the antagonistic current political climate is the lack of disclosure of corporate contributions to political contributions and candidates. For our capital markets and democracy to work, we must shine light on this dark money. In 2011, a bipartisan group of academics concerned by the Supreme Court’s Citizens United decision asked the Securities and Exchange Commission (SEC) to create a rule to require publicly traded companies to disclose their political giving. The proposed rule was widely popular and received a record-breaking 700,000 positive comments. These came from retail investors, the public, and significant SEC stakeholders like pension funds and State Treasurers. They all want to know where the earnings on their hard-earned investments are going. Even some corporations supported the rule internally, with more than 100 leading companies taking the initiative to disclose their political spending publicly. As investors, we encourage transparency and accountability in the use of corporate funds to influence legislation and regulation—both directly and indirectly. We believe such disclosure is in the best interests of shareholders. The International Corporate Governance Network believes it is “a matter of good corporate governance for companies to ensure that any political involvement is both legitimate and transparent, and that companies and their boards are held properly to account for their political activities.” Voluntarycorporate measures have not gone far enough to obtain U.S. corporate political and lobbying disclosure. Without regulatory means, such as the proposed SEC disclosure rule, investors cannot fully evaluate whether their dollars are being used effectively to advance value creation—or if capital is diverted to pursue activities that create undue risks for the Company and its shareholders. Unfortunately, SEC Chairman Mary Jo White recently removed the rule from the formal long-term agenda. This rulemaking deserves and needs action now. The agency should return it to the next agenda and take action in the interim to work on the rulemaking. According to a recent poll conducted by MFour Research and Tulchin Research, commissioned by Represent.Us, 91% of Americans think that our elected leaders should be doing more to get corporate money out of politics. In addition, studies commissioned by the Center for Economic Development and the Center for Political Accountability found a strong majority of business leaders endorsing corporate disclosure of direct and indirect political expenditures. Our democracy is best served by transparency and fairness. Voters deserve to know who is paying for our elections, so we can make informed choices. Investors need to understand how their shareholder dollars are being spent. It’s not too late for the SEC to replace this rule on the agenda for public hearing. We need the SEC to support a fair democracy and fair capital markets. We need the SEC to help shed more light on dark money.