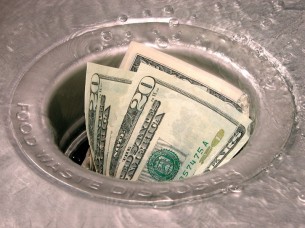 Pension funds globally could have protected themselves from some of the huge losses they have suffered through the credit crisis through a combination of better governance and tighter risk management, according to a report by the OECD. It said the financial crisis had caused global pension assets to decline by around 20%, or $5.4trn (€4.2trn), by the end of 2008. This, it said, had put serious pressure on defined benefit (DB) pension scheme funding levels and wiped large amounts from defined contribution (DC) plans that could seriously impact the incomes of workers nearing retirement.
However, the OECD report said some pension funds seemed to have been exposed to instruments whose risk profiles they did not fully understand, highlighting a need for better control of investments. It said: “Sound risk architecture of pension funds is essential for their prudent operation and the stability of the financial system as a whole.” On the latter point, the OECD said pension funds and other institutional investors ‘may’ make a greater contribution to the stability of the financial system in future through greater shareholderactivism. The report, titled: Private Pensions and Policy Responses to the Crisis by Pablo Antolín and Fiona Stewart at the OECD, said that regulators in countries including Canada, Poland, Portugal, Spain, Italy, Australia and the UK were all currently investigating how to strengthen pension fund risk management and governance mechanisms. Notable recommendations in the report included training for pension fund employees in complex investment instruments in order to reduce exposure to unduly risky investments and avoid assets not fully understood. The OECD said supervision of pension funds should also be “risk-based”, focusing on threats to the functioning of the scheme and beneficiaries’ assets. This, it said, should include flexibility in funding and solvency rules in crisis periods and an accent on building buffer reserves in good times. This, the report said, would enable pension funds to avoid pro-cyclical policies and allow them to act as long-term investors and “potentially stabilizing forces” within the global financial system. For DC schemes, the report said default lifestyle options should be

encouraged to steer people away from excessive equity exposure the nearer they get to retirement. It said greater flexibility in deciding when to buy a pension annuity should also be an option. The report alsorecommends better financial education on the long-term nature of pension assets as well as clearer disclosure of performance and costs for asset management.
Link to OECD report