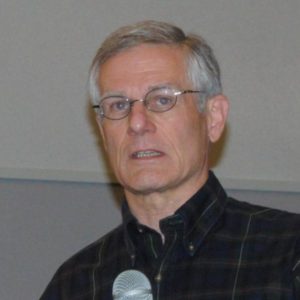 The survival of oil majors has been questioned by a former senior executive who helped manage the Exxon-Mobil merger in 1999.

Lou Allstadt is a former Executive Vice President at Mobil Oil involved in the Exxon-Mobil merger in 1999 and said: “I don’t think they are going to survive, I personally divested from ExxonMobil three years ago, and reinvested in renewables.”

He was speaking at the launch event of a report by the Divest-Invest movement and was speaking in response to a question from RI about the financial sustainability of big energy companies.

He added that there would be some role to play for them in the future, for example, manufacturing the “lubricants we need to turn the wheels of electric vehicles”.

He said they are being “squeezed from all sides”: low prices which force them to increase borrowing, reduce share buybacks, dividends and investments in new projects; OPEC’s ability to destroy their profitability by driving down oil prices through output fluctuation; or increasing government regulation and competition from cleaner sources of energy, among other factors.

“Most industry forecasts have continued to predict optimistic fossil fuel demand growth for decades to come. India and China were presented as the big demand growth areas. However, India has added a tax on coal and is increasing solar installations; while China is instituting a carbon pricing system and adding a number of different alternative energy projects,” Allstadt said.Addressing the same question, Mark Campanale, Executive Director of the Carbon Tracker Initiative, said that from an engagement perspective, shareholders and regulators should put fossil fuel companies into an “orderly wind down” while increasing investment in renewables.

Helena Morrissey, Chair of the Investment Association, the UK funds body, said that the interpretation of fiduciary duty associated with climate change has turned on its head.

“The investment community has shifted gears [so] that fiduciary duty now should compel or at the very least encourage divestment in fossil fuels. It’s not just the interpretation of our duties, it’s the risks that we have to manage around stranded assets.”

She also mentioned that there are opportunities arising from the transformation in the energy sector, facilitated by new technology.

In that respect, Mark Lewis, Head of European Utilities Equity Research at Barclays, also speaking in London, said that it has been technological advances and the potential competitiveness of renewables that made the Paris Agreement succeed.

He said: “This is now beyond policy. That’s why Paris succeeded where Copenhagen failed. In 2009 the economics of renewables weren’t there yet. In Paris it was much easier for politicians and policy makers globally to commit to binding targets. This is economically unstoppable.”