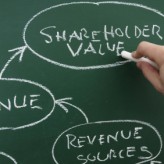 The C$107.5bn (€79.2bn) Ontario Teachers’ Pension Plan, the largest single profession pension fund in Canada, has teamed up with activist hedge fund JANA Partners to try to “increase shareholder value” at US publishing giant McGraw-Hill Companies.
OTPP said in a filing with the Securities and Exchange Commission that it has bought 6.8m shares for around $172m, giving it a 2.3% stake in New York–based McGraw-Hill, the owner of Standard & Poor’s ratings agency. OTPP and Jana have amassed a combined 5.2% stake in the firm.
The fund – which in May became the first non-domestic asset owner to formally back the UK’s Stewardship Code – said it bought the shares because they are “undervalued and represent an attractive investment opportunity”.
It added it may “take steps seeking to bring aboutchanges to increase shareholder value” – which could include discussions with McGraw-Hill’s board, management, shareholders on its “business, operations, management, board composition and representation, corporate structure, strategy and future plans, as well as the pursuit of other plans or proposals”.
In a statement, McGraw-Hill said it was “re-evaluating its strategic core” to boost shareholder value. There would be “additional significant actions” in 2011.

The move caps a busy period for OTPP. Just last month it announced a raft of deals, including an agreement to buy Babcock & Brown Gates Parking Investments LLC for an undisclosed sum, the increase of its stakes in two Chilean water utilities, the taking of a majority stake in software firm Flexera and transactions to take stakes in airports in Brussels and Copenhagen.