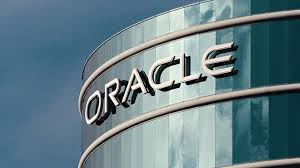 It’s emerged that some of the world’s leading institutional investors withheld their support from the entire board at software giant Oracle’s annual general meeting yesterday.
And, on top of that, the ‘proxy access’ proposal put forward by a range of major investors to enable shareholders to nominate independent directors got 45% shareholder support.
Investors withholding support for all the Redwood City, California-based company’s directors included Norges Bank Investment Management (NBIM), which runs the Norwegian state’s Government Pension Fund, the Ontario Teachers Pension Plan (OTPP) alongside Dutch pension fund manager PGGM and the California State Teachers’ Retirement System, according to voting disclosures on their websites.
OTPP said: “We express concern with the board’s continued failure to align pay with performance after receiving significant shareholder opposition to the Say on Pay vote in 2011 and failing to receive majority support on its Say-on-Pay vote in 2012 and 2013. While we acknowledge that the board has responded with changes to the plan we are not convinced these modifications are sufficient to address our overall concerns.”

The Toronto-based fund concluded that a range of issues, culminating in the board’s unwillingness to engage with shareholders, led it to “question the suitability of the board to carry out their duties”.
“Therefore, we are unable to support any candidates at this time.”

The separate ‘proxy access’ motion was spearheaded by the Nathan Cummings Foundation, supported by PGGM, RPMI Railpen Investments, the UK pension fundfor railway employees, CalSTRS, and the UAW Retiree Medical Benefits Trust.
As a group, these shareholders own well over 10m shares, worth some $385m. Their motion sought to address what CalSTRS has termed a “history of governance shortcomings”. Governance analyst Paul Hodgson looked at the issue in detail in an article in RI late last month (Anatomy of a Shareholder Proposal).

“We are unable to support any candidates at this time”

Pay was also a hot topic at the AGM, with the likes of NBIM and others voting against the say-on-pay proposal. As PGGM said: “Following two consecutive failed say-on-pay votes, the Compensation Committee engaged with shareholders and, based on feedback received, revised the equity compensation program to include performance share units for fiscal 2015, demonstrating some level of responsiveness to prior say-on-pay dissent.

“However, the changes do not adequately address pay magnitude concerns as equity grants for next year remain outsized.”

CalSTRS Director of Corporate Governance Anne Sheehan said shareholders have sent “a strong signal” to the board, “and we expect more accountability from them, as a result”.