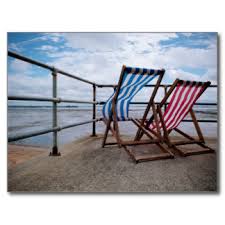 A group of leading institutional investors has slammed the recent management reshuffle at Oracle, where founder and CEO Larry Ellison took on an executive chairman role, as merely a “rearrangement of the deck chairs” that does nothing to improve governance at the software giant.

Oracle is facing escalating pressure from a growing number of influential institutional investors unhappy over pay and governance at the company, which they argue is disproportionally controlled by insider shareholders, especially Ellison.

A number of shareholders have filed proposals ahead of California-based Oracle’s annual general meeting on November 5.

And in a rare move, a group, representing some of the world’s largest pension fund managers, have written to other shareholders, urging them to vote for their proposal giving ‘proxy access’ – enabling shareholders to nominate independent directors.

Last year the three pension funds made a similar move, writing to fellow shareholders urging them to vote against re-election of all of Oracle’s board members over “severe concerns” about executive compensation and proper board accountability after a majority of investors failed to back the company on its pay policies at the 2012 AGM.

The investors said that at the 2012 shareholders’ meeting, the advisory vote on pay not only failed to receive a majority vote, but, that by their calculations, 86% of independent shareholders voted against the resolution. Ellison, whose total compensation package is one of the main issues of investor ire, owns 25% of Oracle’s stock.

Then, just last month, Ellison stepped down as CEO, becoming executive chairman and chief technology officer, while former Hewlett-Packard CEO Mark Hurd and company veteran Safra Catz share CEO duties.But this has not assuaged investors. In a letter to fellow shareholders this week, the CalSTRS/PGGM/Railpen group call the recent changes “simply a rearrangement of the deck chairs which serves to further empower executive management”.

“The CEO has stepped down – in title only,” they say. “In his place the company appointed two CEOs from the executive suite to serve coextensively – an unsustainable model that further consolidates the former CEO’s control. It is clear who remains in charge of the board and why independent representation is needed more than ever at Oracle.”

The group say that proxy access will allow long-term shareholders a mechanism to nominate independent candidates who can better represent broader shareholder interests and instill a culture of accountability. It warns in the letter that Oracle has a “captive board of directors” insulated from the views of non-insider shareholders.

Oracle has opposed the proposal, saying its current corporate governance and board practices provide long-term shareholders a meaningful voice in electing directors. It says that the proposal is “unnecessary and potentially expensive and disruptive”.

On top of this, Oracle is facing further pressure from other major shareholders around pay. The Comptroller of the City of New York Scott Stringer, on behalf of the New York City Pension Funds, has said that the company’s executive compensation programme is poorly structured and not significantly performance-driven and has filed a proposal for the board’s compensation committee to set performance measures for top executives.

Oracle has opposed the proposal, insisting that its executive pay is significantly performance-driven and effectively linked to performance.

Also pressing the company on pay are the Chevy Chase Trust, as trustee of the AFL–CIO Equity Index Fund. Together with the City of Philadelphia Public Employees Retirement System and the Trowel Trades S&P 500 Index Fund, they have filed a proposal for equity compensation to executives to require quantifiable performance metrics. Oracle has opposed the proposal.