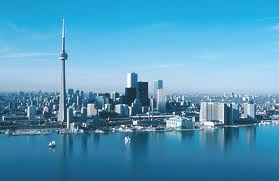 Efforts are underway to create a Canadian High-Level Expert Group on Sustainable Finance (HLEG), in an attempt to mirror current efforts by the European Commission to support responsible investment through regulation and policy.
An event will be hosted at Norton Rose Fulbright’s London office next month, organised by “Canadians working in finance in London and other European financial centres”, with opening remarks from Nick Robins, Co-director of UNEPFI. It seeks to “share ideas on how a Canadian HLEG on Sustainable Finance could take shape”.
The move follows the interim report from the Commission’s 20-strong group of sustainable finance experts, which was published in July. The report sets out early recommendations for how EU regulators and policymakers can help support the growth of climate-aligned investment and sustainable finance. The Commission has said it will act on some of the proposals as early as the first half of next year.
“The London breakfast meeting is seeking to raise awareness of the European HLEG project and raise the level of ambition in Canada on the role the financial sector could and should play in driving sustainable economic growth and prosperity,” explained Hamish Stewart, the Head of Investor Engagement at London-based firm ET Index and the coordinator of the Canadian initiative. “With Mark Carney at the Bank of England and the Financial Stability Board, Jane Ambachtsheer at Mercer in Paris, Julie Dickson at the European CentralBank, and many others, there are Canadian financial professionals sprinkled across Europe, and this means they have many practical ideas to consider in Canada.”
“Ideally, we want individual leaders to step forward, either in their personal capacity or with endorsement from their respective organisations, to describe what’s possible and what could be done,” he added.
Any official process would have to be led by the Canadian federal government, which will take the reins of the G7 next year. In June, the G7 released a communique following its Ministerial Meeting on Environment, stating that “scaling up sustainable finance is fundamental to achieve sustainability and climate goals”.
The Canadian government this week launched an expert panel on climate change, to advise on measuring its progress in building climate change resilience.
“The group is excellent, but there’s not a single insurer involved, for example,” said Stewart, adding that “there are real opportunities being missed” to coordinate efforts on climate change and sustainable finance in the country. “If you actually want to progress with these climate goals, you have to have the financial sector at least participating in the discussion. That’s what the European HLEG is facilitating.”
Following the inaugural meeting on September 14th, the group will host a side-meeting at the PRI in Person event in Berlin later in the month.