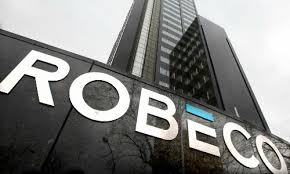 (Amends to correct outflows figure)
Robeco Groep NV (RGNV), the asset management holding company of Japan’s ORIX, has been hit by more than €15bn of client withdrawals over the past year, driven by outflows at the group’s Harbor Capital Advisors ‘manager of managers’ business.

New figures from ORIX show that billions have been withdrawn over the past year from the group.

Confirming the figures, a spokesperson told RI: “In general outflows were dominated by Harbor mainly due to active-passive investment trends.”

Robeco stresses that the various groups combine their strengths and “leverage on each other’s expertise”.ORIX’s interests range from aircraft leasing to the ORIX Buffaloes baseball team and it acquired a controlling stake in the Robeco fund management firm from Rabobank in 2013.

The Rotterdam-based asset manager, whose formal name is now Robeco Institutional Asset Management and which traces its roots to the 1920s, itself has €148bn under management, €78.3bn in ESG-integrated assets.

“Outflows were dominated by Harbor due to active-passive investment trends”

All told, RGNV has €282.2bn under management as at the end of June, the latest results show – down from €291.bn at the end of the first quarter.
It comes as Robeco has named asset management veteran Shiro Tsubota as President & Representative Director for Japan. The former senior Henderson, Pimco, Deutsche Asset Management and Goldman Sachs Asset Management executive will take over from Kikuo Kuroiwa, who is leaving the firm.