Responsible Investor
Home News & Analysis Governance Why should investors get involved in the ‘Better returns in a better...
Return to search
Governance 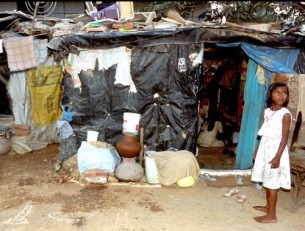 In November 2008 Oxfam and Insight Investment launched a joint project called “Better returns in a better world”. Through 2009, the project will explore the contribution that institutional investors could play in poverty alleviation in developing countries, with a particular focus on the practical barriers to investor action on this issue. In this article, we set out the background to the project and the reasons why we believe investors should get involved. In 2000, world leaders adopted the Millennium Development Goals (MDGs), committing themselves to take co-ordinated action to reduce extreme poverty. The MDGs are a set of eight targets to be achieved by 2015, ranging from halving income poverty to tackling the spread of HIV and AIDs and providing universal primary education. Together, the MDGs form the principal framework for global efforts to tackle poverty.
By 2008, halfway to the target implementation date, there had been encouraging progress in some areas: the number of people living on less than $1 a day had fallen by 150 million in the previous five years, about 40 million more children were in school, two million lives were saved every year by immunisation, and 2 million people were receiving AIDS treatment.Despite this progress, 1.4 billion people still lived in extreme poverty, 10 million children a year died before their fifth birthday, and 1.1 billion people did not have access to safe drinking water. Furthermore, many of the gains that have been made are fragile with the global financial crisis, and the consequent hampering of economic growth in the developing world, threatening to hinder or even reverse the progress that has been made. Beyond the financial crisis, there are other issues: rising food prices are estimated to have driven an extra 100 million people below the poverty line over the past three years, and changes in weather patterns are already negatively affecting poor communities in developing countries as a result of more erratic rainfall and the increased incidence of droughts and floods. The starting premise for the Better returns in a better world project is that steady flows of long-term private investment when managed responsibly can provide substantial development benefits through supporting economic growth, helping build essential infrastructure, and paying the taxes needed to provide schools, hospitals and other essential infrastructure and services. Despite these potential benefits, investments in developing countries

have not been unambiguously positive. Capital flows have concentrated in a handful of large, middle-income countries such as China, India, and Thailand (with low-income countries receiving relatively little investment), many of the investment flows have tended to highly volatile, and foreign direct investment has, on many occasions, been controversial because of concerns about human rights or environmental impacts.
In relation to this latter point, it is important to acknowledge that institutional investors have played an important role in improving companies’ performance in developing countries on issues as diverse as access to medicines (for diseases such as malaria and HIV/AIDS), labour standards, human rights and environmental protection. However, the reality is that we are far from seeing poverty and development issues being fully integrated in investors’ core business practices. There are various reasons, including:

This lack of integration has potentially profound implications for institutional investors, in particular given the criticisms of the contribution of institutional investors to the present financial crisis. The industry’s ‘social licence to operate’ is likely to be further challenged unless investors can demonstrate that not only have they met the investment objectives of their clients or beneficiaries but also that they have made a positive contribution to the delivery of wider social and environmental goals.

“Rising food prices are estimated to have driven an extra 100 million people below the poverty line over the past three years.”

The need to demonstrate a positive contribution is reinforced by the reality that many of the most exciting growth and investment opportunities are in emerging markets. If investors wish to benefit from these opportunities, they need to pay much greater attention to the realities of those countries, the risks and how to manage them. Investing in societies where 30 or more percent of the population live below the poverty line will

probably require a radically different approach to investment analysis and decision-making than has been the case to date. The Better returns in a better world project was established to look closely at these factors and to develop a vision for the role that responsible investment might play in helping to eradicate poverty. The project will be taken forwards through a series of roundtables and discussions with investors over the period January-October 2009, focusing on the following questions:

In conclusion, we believe that by working more closely together, responsible investors and civil society can help to realign social and economic gains within capital markets. The time is ripe for a bold new approach to investment. This project is an important starting point on that journey.
All of the project information will be made available on a dedicated web page: Link to site
Helena Viñes Fiestas is policy adviser, private sector team at Oxfam GB and Rory Sullivan is head of responsible investment at Insight Investment