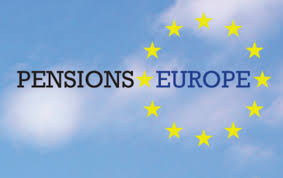 PensionsEurope, the main European pensions industry body, representing assets of around €3.2trn, has said the continent’s authorities could have a key role in promoting environmental, social and governance (ESG) standards for investors.

The Brussels-based body, which represents 23 pension associations in 16 European Union member states, was responding to a European Commission consultation on its ambitious ‘Capital Markets Union’ plans.

The Commission had asked if there was any action the EU could take to facilitate the development of “standardised, transparent and accountable” ESG investment.

PensionsEurope responded: “Although social gains cannot substitute financial returns (the first and foremost objective of pension funds is to secure income for their members in retirement), many pension funds acknowledge that ESG factors are important for both current and future generations.

“Therefore, there are pension funds that are increasingly searching for investment opportunities that also address major societal challenges such as climate change. Pension funds aim to add value by ensuring their capital is engaged capital. To facilitate ESG investments, regulatory and policy stability is of utmost importance.”

The body, chaired by Joanne Segars of the UK’s National Association of Pension Funds (NAPF), continued: “In addition, the European Commission could play an important role in promoting the development and use of existing standards. Standards are useful and necessary with regard to the assessment of sustainability and governance performance in all asset classes.”Among PensionsEurope’s corporate supporters are investment powerhouses such as Allianz Global Investors, Amundi, Goldman Sachs, JP Morgan, Mercer, Standard Life Investments, Towers Watson, UBS and Vanguard, to name a cross-section.

In response to the same question, the UK’s NAPF said a ‘green’ market is developing rapidly and that there was “no need for the EC to seek to standardise it”, saying there was a risk that policy intervention could “set the market in aspic”.

The European Banking Federation, which represents 32 national banking associations, went as far as calling for possible fiscal and regulatory incentives to promote ESG investment, saying: “The market for ESG investment is relatively new and needs more support in order to deliver long-term benefits to stakeholders.”

But Insurance Europe felt there was “no need” for EU intervention, arguing that may European insurers have already implemented ESG criteria as part of their strategic asset allocation, though it should not become a binding requirement.

It noted the Commission is already preparing non-binding guidelines on reporting non-financial information as part of a directive
that has to be fulfilled by December 6 2016 – so it saw no need for further EU action “before the outcome is known and evaluated”.