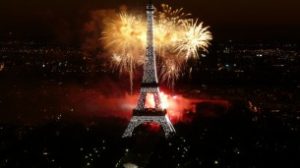 The City of Paris has called for its own insurers to exit coal and invest in renewables, in the latest example of cities around the world using their own purchasing power to get involved in the climate debate.
The city’s council last night passed a motion directed at the CEOs of the world’s largest insurance and reinsurance companies, stating its support for coal divestment and noting that “major European insurance and reinsurance companies such as Allianz, SCOR and Generali massively support, insure and invest in the coal industry in Poland”.
The statement echoes work done recently by NGO Unfriend Coal, which also focuses on Poland.
The Geneva Association – an insurance industry think tank – will convene its annual General Assembly between May 30 and June 2, in Paris. The motion is aimed at the CEOs who will gather in the city for the event.
“The City of Paris invites the insurance and reinsurance companies gathered in Paris for the meeting of the Geneva Association at the end of May, to commit to opposing air pollution and to withdraw their support from projects and companies in the coal sector,” it stated.
Notably, the city council said it “encourages the insurance companies with which it holds contracts not to invest in coal-sector companies, but to increase their investments in the renewable energy sector”. However, it does not as far as to threaten to cancel those contracts for coal-heavy insurers.
Paris announced in 2015 that it would divest its own assets from fossil fuels and other sectors perceived to be key contributors to climate change.It took this further in February by saying it was considering the possibility of suing such companies for damages caused by climate change.
“In the last 18 months, Paris has lived through two major floods… and also four heat waves,” said the city’s Mayor, Anne Hidalgo. “So yes, we are really experiencing global warming.”
The move is part of a growing trend for cities – particularly financial capitals – to threaten the private sector with financial penalties if it does not act faster on climate change. Most significantly, New York City announced in January it would divest $5bn of investments in fossil fuels currently made via its five public pension funds. It is currently seeking advice on that process. It also plans to sue BP, Chevron, ConocoPhillips, Exxon Mobil, and Royal Dutch Shell for climate damages to the city.
In Madrid, the Mayor last week won a legal battle with utilities Iberdrola, Endesa and Gas Natural Fenosa, which were appealing her decision to award an €82m energy contract only to companies that generate all their energy from renewables. The tender, which was upheld by the administrative tribunal, will be for two years of energy supply to the city. The utilities still can appeal the decision, through the Courts of Justice.
At state level, in Germany, the environmental secretaries of nine state governments have written to federal government demanding a “binding legislative plan for an exit” from coal as an energy source, and a scaling up of renewables and energy efficiency programmes. They also flagged up the need for an “effective” carbon price.