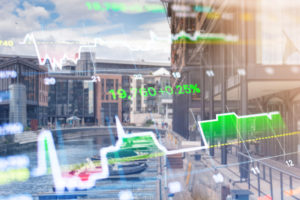 The London Stock Exchange Group was delighted to host the Church of England Pensions Board back in January for the launch of the ‘FTSE-TPI Climate Transition Index’.

Almost five years on from the Paris Agreement on climate change and as policy makers and investors grapple with the transition to a low carbon economy – and amid raging forest fires and the ‘Greta Thunberg effect’ – we weren't to know then that the global pandemic would create a ‘new normal’, a world that has been turned upside down.

But the Church of England’s pensions investment committee already had their eyes on the long-term stewardship of their assets in the face of a rapidly changing environmental and investment situation.

That is why they came to us, in partnership with the Transition Pathway Initiative, to create an index that helps address some of these challenges.

Fast forward a few months, and the index has not only won a prestigious award from the Principles for Responsible Investment (PRI) but also led to the church pension fund ultimately divesting its holding of a household name oil major. But more on that later.

But first, a bit of background. At launch the Church of England Pensions Board announced a £600 million (€657.9 million) allocation to the new index, a demonstration of their faith in their collaboration with FTSE Russell and the Transition Pathway Initiative (TPI).

The TPI is a bold project that we are honoured to support. Since it launched it has gained enormous traction. Currently it is supported by more than 80 global investors with more than $21.7 trillion in assets under management and advice.

These organisations have all committed to using the TPI tool and its findings. It can inform their investment research, help them engage with companies and assist them in tracking the holdings of their asset managers.

The investors involved in the TPI include leading UK pension funds such as BT Pension Scheme, Railpen and the Universities Superannuation Scheme and top asset managers like Aviva Investors and Legal & General Investment Managers. Alongside them are leading international names like CalPERS, Allianz, AXA, UBS and many more.

It is run in partnership with the Grantham Research Institute at the London School of Economics. So you can see why FTSE Russell is proud to be the data partner that underpins this important initiative.

The FTSE-TPI Climate Transition Index is the first global index that enables passive funds to capture company alignment to the Paris Climate Agreement.

It took 18 months to develop and its aim is to reward those companies with public targets aligned to the Paris Agreement whilst significantly underweighting or excluding those that do not. It is the first to embed forward-looking data from the TPI.

The Church of England Pensions Board last week completed the transfer of its £600 million passive holding to the new index. This wouldn’t normally make news; not this time though.

“As a result the Church of England Pensions Board is no longer invested in Exxon,” said Adam Matthews of the CEPB in a LinkedIn post, saying it failed to meet the index criteria which embeds the latest assessment by the TPI.

In a sign of the rapid changes taking place in the energy sector, the company – once the world’s largest corporation – is now no longer even the most valuable energy company in the U.S. If proof were needed that the world is going green, that distinction has gone to a wind and solar provider.

As Matthews says: “The FTSE TPI Climate Transition Index is a key step in meeting our objective to be a net zero aligned Pension Fund.”

We are delighted that the index has been recognised by the PRI with the 2020 Award for ESG incorporation. The projects were selected from almost 120 entries, sent in by PRI signatories headquartered in 25 countries.

As the Church’s Matthews says: “It demonstrates that you don't need to disinvest sectors but can differentiate between companies transitioning in line with the science and the economics from those that are not.

“It mitigates our financial risk whilst incentivising best practice and supporting our stewardship goals and objectives of initiatives such as CA100+ [Climate Action 100+]. Passive investing does not mean being passive in your responsibilities.”

As the submission to the PRI said, the index “combines FTSE Russell’s climate data and expert index design, with TPI’s unique analysis of how the world’s largest and most carbon-exposed public companies are managing the climate transition”.

So, as we (hopefully) can see our way beyond lockdown and into a more normal reality, it is good to know that some of the tools are in place to enable us to tackle the even greater threat of global climate change.