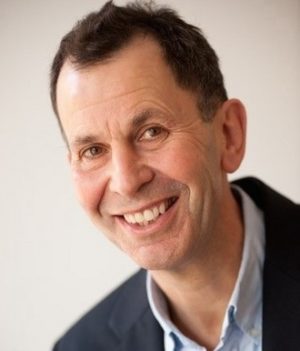 “Instead of focusing on the narrow band of financial performance and bending reality to fit into our notions of what matters rather than the other way around, we can now ask the questions whose answers we really want to know – questions that would protect and advance not just our economies but our civilizations”, Bob Massie, Executive Director, Sustainable Solutions Lab, University of Massachusetts, Boston.

Standing on the shoulders of giants
It is surprisingly difficult to know exactly where to start in this story of my five years at the helm of the International Integrated Reporting Council (IIRC). In my professional business career in the software industry I was the master of my own destiny, creating and then offering solutions to an expectant market. There was a beginning, middle and end to every deal and I knew in real time what success looked like.

At the IIRC I have often felt as though we have been standing on the shoulders of giants. What we have achieved is part of a continuum – a set of trends that have their origins in change movements the world over. You can light a stadium of 50,000 people with a single switch, but only if the intricate internal wiring and the connections it forges are in place and working harmoniously. Bringing harmony to a patchwork of interconnected voices and interests was our first major challenge. It is why our Council came about in the first place.

Contemporary challenges
Today, one of the most profound questions facing our capital markets is how to account for climate change and sustainable development – not in a narrow transparency sense, but in the context of strategy, how the business is creating value and then, crucially, how capital allocation decisions are affected.

The journey started soon after the IIRC’s inception, in 2012, when I participated in the Rio+20 negotiations and Summit. The significant feature of the Rio+20 process was the degree to which corporates and investors put pressure on governments in setting the scale and pace of ambition, rather than the other way around. This pressure from the private sector has continued. Following on from the historic agreements in 2015 on a set of 17 Sustainable Development Goals (SDGs) and the Paris climate change accord, I believe this year’s Financial Stability Board taskforce on climate-related financial disclosures, led by Michael Bloomberg, will translate many of these issues directly for a capital market audience. I am pleased to have been able to share my own insights with the task force, advocating for a better consideration and articulation of the impact of climate change on the business model and strategy.

These three agreements, while falling within the timeline of the IIRC’s period of existence, are the result of decades of work by the giants I referred to above. Some of those I would put in this category include the thinker and entrepreneur Bob Massie. Bob has helped to shape the global conversation around climate change and sustainability for over 20 years – as part of the original team that created the Global Reporting Initiative and a former President of Ceres. Another Bob, Professor Bob Eccles, along with his co-author Mike Krzus, wrote the hugely influential “One Report: Integrated Reporting for a sustainable strategy” in 2010 which did so much to crystallize the emerging practice to that point, pioneered by the likes of Novo Nordisk. And of course, there is my own Chairman, Professor Mervyn King, a man whose phenomenal intellect and passion for making and implementing change helped to codify Integrated Reporting into the corporate governance code of South Africa, the cradle of our movement.A market-led approach
Conscious that the IIRC fits into such a rich historical context, thought leadership and institutional architecture I was keen that we should identify our unique place in this landscape. A key aspect of our culture is that we have always been market-led. So as we created the Framework it was the 100+ businesses and 30 institutional investors who provided detailed input, rigour and critique to the whole process. As a result of the experimentation and innovation of our pioneers – businesses like Tata, Unilever and Nestlé – we created the conditions for market acceptance.

I wanted to apply the same market-led rigour to the IIRC as a team. It surprised some of those I brought into the IIRC when I told them that we were creating an organization that could easily be dismantled if there was an allergic reaction in the market to what we were offering. Fortunately, this did not come to pass, but I was deadly serious. If the market did not want Integrated Reporting, we would not have pursued our mission. My goal was never to create another institution for its own sake. Today we are setting a new challenge by initiating a conversation about the architecture of the corporate reporting system, preparing for a more cohesive future of which the Corporate Reporting Dialogue is a vital first step.

Our strategic journey
There have been three stages to our strategy so far, with a fourth to come from 2018 onwards. The first centred on ‘feasibility’ or proof of concept. The second phase was called ‘creation’, where we created global awareness of as well as the Framework. Critical to the success of this phase was our Pilot Programme, as well as the Working Group and Technical Task Force that helped to formulate and test the Framework. Throughout, we were transparent and inclusive, producing three global consultations, including on the Draft Framework which was launched in ten leading capital markets in April 2013. Our current phase is ‘breakthrough’, where we start to reach the tipping point in awareness, thinking and adoption. We are currently thinking about the next stage, what we are calling the ‘normalization’ phase, which will create the path to becoming the global corporate reporting norm.

Understanding value creation
I wanted the IIRC to have intellectual strength and understand its place, not only in the corporate reporting world, but within the broader political economy. The International Framework, released in December 2013, is a strong foundation which introduces a ‘multi-capitals’ system for understanding and articulating value creation as the best way of achieving harmony between the human, social, natural, intellectual, manufactured and financial resources that make up a modern economic system.

I am in awe of what capitalism has achieved over the last century – the innovation it has inspired, the lifting of nations out of poverty and the absolute level of economic growth that has been generated. I find it astounding that US GDP alone has increased six-fold in a generation. Yet we must confront the problem that wealth today is not broadly shared, inequality within nations is rising and as the International Monetary Fund has said, this growing inequality is acting as a drag on economic growth. As Bob Massie says, “While no-one disputes capitalism’s raw force, the deeper issue is whether the free market system, hamstrung by the narrow assumptions of economics and finance, has been asking the wrong questions, examining the wrong data, reaching the wrong conclusions and pursuing the wrong goals”. It is not enough to make the argument: governments, regulators, investors and businesses need tools, and in the Framework we delivered such a tool that I believe will help to rebalance decision-making.

The global momentum
The economist Rudi Dornbusch said, “Things take longer to happen than you think they will, and then they happen much faster than you thought they could”. In the broad sweep of the history of corporate reporting, five years is nothing. Some weeks it has felt like hard work, like pushing a boulder up a mountain. But when I look back I would never have imagined being a delegate at the G20 Summit, or that over 1,000 businesses globally would be practicing IR. Today IR is the norm in Japan, brought about by corporate governance reform by the Abe government. The Prime Ministers of Malaysia and Sri Lanka have called on their businesses to adopt , and in Singapore, New Zealand, India, Brazil, South Africa and most of Western Europe incredible progress is being made towards a tipping point in market adoption.

Even in the US, in many ways the intellectual foundations of IR were formulated by Harvard Professor Eccles and Mike Krzus, and also the Balanced Scorecard and Creating Shared Value movements of Professors Kaplan and Norton; and Professor Michael Porter and Mark Kramer, respectively. Today, as the 2016 US Presidential election starts to heat up, Democratic Party frontrunner Hillary Clinton has put tackling the ‘tyranny of quarterly capitalism’ at the heart of her economic policy blueprint. And who could ignore BlackRock CEO Larry Fink’s call in his February letter to US and European company chief executives: “Every CEO should lay out for shareholders each year a strategic framework for long-term value creation”? Translation: 101. Fink’s letter was reinforced by the CFA Institute’s call in the Financial Times for IR adoption as a practical tool to support value creation over time.

Breakthrough achievements
So far, I have painted a picture of progress, but what do I consider to be two of the achievements of the breakthrough phase of our strategy? First, I believe we have brought about a near-universal education of the financial reporting community and an acceptance that financials are part of a broader canvas of resources that must be managed holistically, not in isolation. I do not believe there is a business in the world today that is serious about corporate reporting and has not heard of . Second, I believe we have also brought a new level of understanding to the sustainability reporting community: that, to become mainstream, sustainability data must be connected to broader performance, including financial performance, as well as to the strategy of the business. Together, these achievements help to deliver greater cohesion and bring an end to the silo mentality that can conceal material risks making them virtually impossible to manage, let alone disclose. The future will see other elements of the multi-capitals system – particularly intellectual and human capital – included within a complete and connected value creation model.Klaus Schwab, Executive Chairman of the World Economic Forum, has said that, “capitalism in its current form no longer fits the world around us”. This conclusion is now broadly shared by business leaders, investors, policymakers and academics across the world.

As the world learns to adapt to an era of big data it will need sharper tools to make sense of the information it contains, and to translate it into decision-useful material.

A triple win
The first five years have established and its framework as a permanent feature of the corporate reporting landscape. I believe the future will see capital markets as a whole adopting these principles in best practice, including corporate governance and stewardship codes. The latest evidence from the US, South Africa and Asia shows that businesses adopting IR benefit from a lower cost of capital, higher share price performance and a more dedicated investor base. I believe the future will see a new, inclusive capitalism, in part driven by a more questioning and better informed capital market. This new paradigm will create the conditions for a stronger economy, as well as a more balanced society and sustainable planet. I would call that a win, win, win.

Paul Druckman has been CEO of the International Integrated Reporting Council since its inception in October 2011. He announced in January that he would step down as CEO during 2016 after five years in the role.