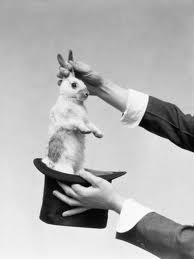 A paper from Professor Dave Larcker, part of the Rock Center for Corporate Governance at Stanford University Working Paper Series, was issued in February this year called – dramatically enough – And Then a Miracle Happens!: How Do Proxy Advisory Develop Their Voting Recommendations.

The findings from it were one of the centerpieces of the US Chamber of Commerce’s critical look at proxy advisory firms that I discussed earlier.

The basic premise of the report is that proxy advisory firms dispense voting advice to their clients based on opinions that may or may not have been tested against actual value growth, thus the “miracle” of the title. It is important to note that the main focus of the paper is the two main US proxy advisory firms, ISS and Glass Lewis, rather than any other US or non-US firms engaged in proxy advisory services or proxy research. Though, of course, it could conceivably be about any and all of them. In fact, most of Professor Larcker’s fire is reserved for ISS, as the largest firm and the one that discloses most information about its policies and practices.
The statements and advice of proxy advisory firms are important because, as the paper says, a negative vote recommendation by ISS can sway around a fifth of the vote. In addition, more than 70% of companies report that their remuneration policies are influenced by the advice dispensed by proxy advisory firms. That’s an enormous amount of influence, particularly as clients of the two firms wield a total of more than £26 trillion of assets. And that amount of influence should be based on advice that can be shown to increase shareholder value. About that there can be no argument.
One of Larcker’s first complaints is the response to ISS’s survey of opinions.He contends that shareholder response has been falling consistently since the early years of the millennium and that little information is given as to the mission or bias of those shareholders that continue to respond, making it difficult to know whether such responses represent generally accepted opinions or narrowly focused activism. What is certain is that most are pretty large funds, a third manage assets of more than $100bn and more than half over $10bn. There are still plenty of corporate responses, but, as the paper explains, there is little information as to what influence the answers of corporates or shareholders actually have over the adoption of policies at the firm.
Secondly, the paper also notes that ISS’s survey structure is poor; replete with vague terms such as “excessive” or “significant” which are not defined anywhere. It gives a number of examples where survey questions are either leading or biased, where parameters are poorly defined, and where questions are not sufficiently specific and could lead to respondents agreeing with all the statements or unable to agree with any of them because they are too vague.
One of the most pertinent of these criticisms applies to a “Pay for Failure” question in the latest opinion survey from ISS. This is most annoying because there seems to be widespread agreement between corporates and shareholders on what might be wrong with severance packages – and a lot is wrong – in the US. The question begins thus:

Pay for Failure. Question 22. During the past decade, shareholder [sic] have witnessed a series of CEOs who have received sizable termination packages at a time of significantly lagging shareholder returns. Does your organization consider the following actions to be problematic in such a scenario?

Again, as the paper points out, “Pay for Failure” is a leading – and quite unnecessary – heading. From what I could see, none of the other questions has headings like this. “Sizeable” is not defined, nor is “significantly lagging”, nor is “problematic”. There’s a reference later to “large” pension payments, again, not defined. Like I said, the frustration engendered by such ineffective survey structure is compounded by the fact that, for example, there is significant agreement that cash severance in excess of “3x base salary and target bonus” is “problematic” to both shareholders and corporates.
A poorly structured survey, however – although it may result in inexact policy adoption – is less of a concern than the adoption of policies that have not been proved to improve shareholder value.
The paper’s first example is not as convincing as later policy criticisms, but is worthy of examination because of this. Last year, ISS introduced a policy rule to vote against directors who do not enact majority supported shareholder proposals. Corporates objected because automatically enacting such proposals might be “an abdication of their fiduciary duty”. Well, yes, on the other hand, directors are elected to the board to represent shareholders and if the majority have expressed their opinion surely it is precisely the board’s fiduciary duty to act on that expression of opinion, whether the board thinks it is in the interests of the company or not. Not to do so would be the equivalent of governments ignoring the results of a referendum.
With the corporate objections in mind, the paper notes:
Following the open comment period, ISS amended the final rule to include the condition that “less than full implementation will be considered on a case-by-case basis;” however, this qualification raises more questions than it answers on how ISS will decide whether to defer to the board’s judgment.
While this is true, it is only true to a certain extent, a case by case analysis will have to explain, case by case, why ISS has made this recommendation or that. At least it should do.More effective, and more damning, is the discussion of ISS’s policy on hedging. The policy survey already cited asked questions about hedging, the pledging of company stock as collateral for a margin loan. As a result of the “concerns” raised from the survey results, ISS added a new recommendation to its 2013 policy document to vote against directors at companies where pledging was allowed depending on the “magnitude of aggregate pledged shares in terms of total common shares outstanding or market value or trading volume.” The thresholds are not disclosed, since the questions in the survey were not structured so as to elicit such information. More importantly, no proof was offered to indicate that such practices would inevitably lead to a bad outcome. Yes, hedging seems like a bad thing in and of itself, and many corporates already ban this behaviour, but not every hedge will lead to a Worldcom. At Worldcom, CEO Bernie Ebbers had used enormous amounts of stock to guarantee loans. When the stock price of the company started to fall, Ebbers was unable to meet the margin calls on the $160 million in loans he was bolstering up with stock. This then led him to make false or misleading statements in company filings presumably to increase the stock price. But Worldcom descended into bankruptcy because Ebbers had overleveraged the company in acquisitions – a pattern of behaviour that was mimicked very clearly in his hedging activities. That proves hedging was bad at Worldcom, but does it prove that hedging loans with stock is always bad? Does it prove that it is only bad when it involves loans of $160 million or not…?
Of course, ISS may have done this research. It may have conducted “rigorous empirical testing to demonstrate the levels at which executive or director pledging of shares has been reliably shown to reduce shareholder returns or amplify enterprise risk.” Or it may be relying on other empirical research, but none of this has been disclosed.
There is research, for example, that backs up opposition to staggered boards and dual class shares and these have been shown to damage future value.

And ISS and Glass Lewis may be relying on such research to guide their voting recommendations, but there are a lot of ESG policies about which there is little or no value-based research. ISS and the other proxy advisory firms are in a good position to back test these policies against results, since they have the data used to make recommendations. On the other hand, some policies have only been adopted by a very few companies, and only very recently, so results may not be significant enough to be meaningful, statistically. In addition, there is great debate surrounding what time periods should be tested, and how to measure performance. That doesn’t mean to say that the work shouldn’t be done, simply that it needs to be designed more effectively than ISS’s surveys.
As I said, I cannot agree more that – where there is no simple moral or scientific imperative – any social, environmental, or governance policy that is being recommended to shareholders must be backed up by evidence that it will lead to long-term growth in shareholder value, or at best, neutral effect.
The importance of ensuring that proxy advisory firm recommendations lead to increased value is bolstered by reference to an earlier piece of research, The Economic Consequences of Proxy Advisor Say-on-Pay Voting Policies. In this research, Larcker claims that: “the proprietary models used by proxy advisory firms for say-on-pay recommendations appear to induce boards of directors to make choices that decrease shareholder value.”
This claim, that proxy advisory firm “voting recommendations destroy shareholder value” is based on a survey of corporate filings announcing remuneration changes that are judged to be in line with the policies of the proxy advisory firms. These have been rigorously identified and other remuneration changes have been excluded from the survey. What the paper found was that there was a significant negative market reaction on the day the remuneration change filing was posted at the Securities and Exchange Commission. And, yes, the paper does define significant.Professor Larcker draws the conclusion that because the market is not convinced that these changes are in line with increased shareholder value, it reacts negatively, and the stock price of the relevant company falls as a consequence.
This is a fascinating finding – the negative market reaction – but I am less convinced by the conclusion the paper draws. It claims that the market cannot predict how the proxy advisory firms would react to such a change. It does not know, for example, whether ISS would change a vote recommendation to approval because of the company’s change in policy, or not.

The paper concludes, therefore, that the market must simply be reacting unfavourably to the actual policy change, predicting that it will damage the company’s value. But as convincing a conclusion would be to say that traders might be concerned about investing in a company that appeared to cave in to potential bullying from ISS. This is especially the case because, as the paper notes, there is plenty of evidence that the adoption of performance-based equity plans (one of the remuneration changes included in the survey) leads to better future performance.
But, as with some of the policy recommendations by the proxy advisory firms, this paper begs more questions than it answers. We can see the immediate drop in share price that, in aggregate, was experienced by most, if not all of the companies. But, as is well known, governance changes, whether good or bad, mature over a long period. So the questions raised are: was the value destruction maintained? Or did it disappear over time? Did it increase? Was the value destruction more or less than any value destruction as a result of a negative vote recommendation, or an actual negative vote? Did these firms actually experience a growth in shareholder value in the long-term, despite the short-term negative reaction?
The answers to these questions are a piece of “rigorous empirical testing” that I’d like to read.